Jason graduated from Jasper High School in 2000. During his high school years, he loved theater arts which drove him to graduate from Lamar University with a Bachelor of Science degree in Theater Arts. Jason was a uniquely intelligent and quirky person. In his younger years, he had an impressive penny collection. He also had an uncanny ability to sleep through his alarm and could wake the whole neighborhood with his snoring.

Jason’s personality shined brightly as he engaged with everyone he encountered with his lighthearted and entertaining nature.  He had an amazing sense of humor, compelling charisma, and musical talents that followed him everywhere. Jason shared his passion with the world in a beautiful way that will be greatly missed.

Jason also loved shoes and had built a large collection of size 13s in every closet in the house. He was a “gentle” giant and had a genuine love for all animals. He was immediately drawn to any cat, dog, bunny, or any other animal. He also had a true love for his little best friend, Gizzy.

Jason’s pride and joy was his son, Aden. He was the most important thing in his life. He loved spending his time with Aden playing ball, riding the golf cart, and lifting weights. Jason also claimed bonus daughter, Macy and close friend, Brooke. He guided and advised them as a true father should. He had a large heart for all his children, and he will be loved and remembered as the loving “father” he was. He loved Tammy, Aden, and Macy with his whole heart and was so proud of the family they had created. He couldn’t wait to marry Tammy and he was very vocal about this to anyone that would listen.

Jason had many roles in his life; fiancé, father, bonus dad, son, brother, uncle, and friend to many. He exceeded in these roles with his humbleness and through his continuous acts of kindness. Jason was the person that never met a stranger and built relationships that exhibited the love he shared for many.

He is preceded in death by his father, Mike Lee Parker and brother, Joel Christian Parker.

A gathering of Jason’s family and friends will be 5:00 p.m. until 7:00 p.m., Friday, May 6, 2022, at Pathway Church, 2326 Nederland Avenue, Port Neches. His funeral service will be 10:00 a.m., Saturday, May 7, 2022, at Pathway Church. His cremation arrangements will be handled through Broussard’s Crematorium, Beaumont, under the direction of Broussard’s, 505 North 12th Street, Nederland.

In lieu of flowers, please consider contributing to Aden’s college fund via Venmo @tammy-landry-12. The proceeds will be deposited into a savings account in Aden’s name once it is established. 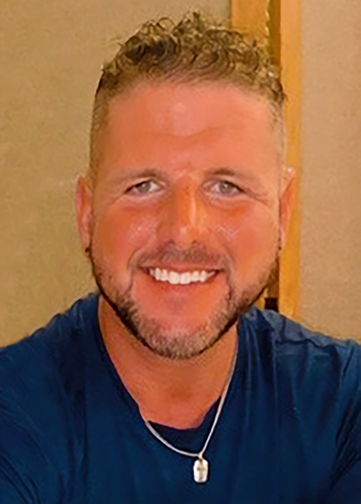 Tammy and family,
My heart is saddened by your loss. Prayers of comfort and peace for each of you.

Even though I didn’t know him I know that God does and if he knows our Lord and savior he’s in a better place than we are right now. And to the family just hang on you be with him someday. Goodbye is not the end. It’s just the beginning of a new address which is heaven hang on it’s going to get easier.

My thoughts are with you, Tammy and Jason’s family. Praying for strength to heal your pain.

My sincere deepest condolences to families, I know for a fact that Jason you loved Aden with all you had in you..Jason you were a awesome guy,even when you were at times late cutting my lawn…you were a all around keeper….RIP 🙏 🤲 fly high!!!

Sending prayers to all the families during your time of grief. Trust in the Lord with all your heart ❤️ Earth have no sorrow Heaven can’t heal. Aden Parker your dad really loved you ❤️. Our prayers 🙏 will always be with you’ll. Mary and Benny Ceasar. Next door neighbor.