Mr. Jasper Thomas Leone, 88, of Beaumont, Texas, passed away peacefully at home on Sunday, January 8, 2023.  J.T., as he was known to his friends and community, was born in Beaumont, Texas, on November 11, 1934, to the late Dominick and Angelina Napoli Leone.  J.T. was the youngest of four children, all of whom preceded him in death.  His deceased siblings are Mary Theresa Leone, Grace Elizabeth Leone Simon, his older brother and mentor, Vincent D. Leone, and Sammie Napoli, his Godson.

Left to cherish his memory are his wife, V.J. Leone, and his stepchildren, Robert A. (Tony) Wisenbaker and his wife, Cheryl, Brandi Valenzuela, and Brandi’s two children, Mark and Alexis.

While attending Beaumont High School and throughout college, J.T. worked for Sun Oil Company in Texas and Louisiana as a roughneck and eventually a roustabout.  With the money he saved, he enrolled in The University of Oklahoma to pursue a degree in Petroleum Engineering.  J.T. told tales of hitching rides back to Beaumont, picking up the family car, driving back to OU, going on dates with the prettiest girls on campus, and then driving the car back to Beaumont, and hitching rides back to the OU campus.  Anyone who knew J.T., would never doubt these stories.  He was a man of determination.

At the end of J.T.’s sophomore year at OU, his sister, Mary, died in a tragic accident, and his parents insisted he return to his family in Beaumont.  After returning, he enrolled at Lamar State College.   At that time, Lamar did not offer a degree in Petroleum Engineering and recommended a degree in Geology. After two short years, he graduated with a Bachelor of Science in Geology.

During his college years, J.T. served in the U. S. Naval Reserves and received an honorable discharge in March 1961.  He was a proud member of Sigma Nu Fraternity.

After a four year stay in Trinidad, J.T. returned to Texas where he formed his own oilfield services company, Drilling Well Specialties, Inc.  He then opened businesses in Germany and eventually in Holland to cover the rigs in the North Sea.  At the time, J.T. could not speak a word of German or Dutch.  These companies began as a one-man operation, and J.T. was the one man.  They survived and prospered because of sheer luck, unbelievable determination, and the fear of coming back to the states as a failure.  J.T. was quick to attribute his success to God for putting him in the right place at the right time.

DWS was sold when J.T. was in his late forties, and he returned to Texas to pursue his second career – living the good life.  J.T.’s good life was lived on the golf course, in duck, geese, deer, turkey blinds, in boats, and in beautiful cars.    Some of his best days were spent with his buddies at the Reeses’ Silver R Ranch in Uvalde, Texas.  He looked forward to these gatherings and sharing in the camaraderie of this special group of friends.  J.T. was a member of C.C.A., Ducks Unlimited, Wild Turkey Federation, and many other sporting and conservation organizations.

To have friends, one has to be a friend.  J.T. was blessed with true friends.  They loved him, he loved them, and he was not bashful in telling them so.  May eternal rest be granted unto him. 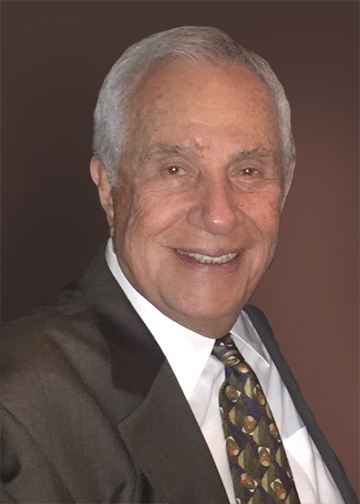 Leslie and family, I am saddened to hear of JT’s passing and so sorry for your loss. I hold dear memories of our friendship in years past and pray for your peace and comfort during this most difficult season.

VJ, our thoughts and prayers are with you. JT was our neighbor in the Park when Roy and I were first married. We always enjoyed visiting with him. He was a wonderful man and will be greatly missed.

Our condolences/prayers/thoughts are with the family.

Often would see visit with J.T. was an interesting neighbor and he will be missed.

I know JT is having fun, he was always fun, I am saddened at the loss of such a fine Gentleman.

Clear Skies and Tail Winds Uncle J. T. I will forever miss you!!! Especially the pranks we pulled on Aunt Grace Simon!!!!

Oh Uncle Fox…how I will miss you…my heart is broken yet full because I had the privilege of having such an amazing uncle. Thank you for all the great times but especially for the God-wink last Sunday, as a beautiful fox crossed the country road and LOOKED RIGHT AT ME as I was driving home. I know that was you….!!!! I love you!!!!!

To know JT was to love him. He was a very special person, and a man of great charm, humor, intellect, style, kindness, caring and character. He was a man of faith, and especially loyal to loved ones. His friends were family. His family was near to his heart – even when apart. He blessed our lives for nearly two decades. God knew what he was doing. May eternal rest be granted unto him, and may his family and loved ones be blessed with peace and good memories. Rest in peace, JT. We love you.
Cheryl & Tony

Always loved my visits with jT. Shared many a laugh and stories.

Rest in peace my friend

Going to miss a wonderful, friend, fond memories and spending many great years with him at our Silver R hunting trips………Jordan Rogers

Such a nice guy, always friendly and up for good conversation. RIP J.T.

You will be missed dearly by all of us at Jacks Pak-It. Your friendship, humor and many ‘stories’ were always a source of fun when you came by. JT was an amazing man, having worked in foreign countries and on the dangerous North Sea. We always enjoyed his stories of his adventures. He will be missed by all. Love you my friend and may God bless you as he now gets to enjoy your ‘goofiness’ on a daily basis. Blessings to VJ for her care and love of our dear friend.