We would like to make this brief, but if you knew Jeff, nothing was brief, and every conversation was long winded. Jeff grew up in the New Braunfels/San Antonio area where he played football and participated in powerlifting for New Braunfels Canyon High School. He then went on to attend college at Southwest Texas State University with his “muscled up and shaved body.” He completed one semester before him and the dean “did not see eye to eye,” so he sold his books and used the money to buy a case of beer. He immediately launched his career in the car business and partnered with his dad to build a successful business, Ken Camp’s Auto World Inc. It did not take long for him to build a reputation and establish himself as a legend within the car business. Most people would think it was a love for cars that made him so successful, but it was his love for people and his extraordinary talent for building relationships. He had a passion for fishing from a young age that carried on throughout his life. He somehow had more late starts in the day than early ones when going fishing, but he always caught something, whether it was a fish or a buzz. It brough him much joy to bring his mom, dad, and two sisters out on the boat. One of his means of entertainment was the casino in which he considered himself a “professional blackjack player.” He would always say he was “one lucky cat.” Jeff had a deep love for his family and enjoyed spending time with them, especially his nieces and nephews. He was known as the fun uncle. He lived the bachelor lifestyle for 46 years before he met the love of his life, Kimberly, after lightning struck poolside. He always considered it “an intervention from God,” and ever since June 14th, 2012, they have never been apart. It did not take long for him to weasel his way into Kimberly and her son Zach’s life by relocating to Southeast Texas. He would bring two to three articles of clothing each visit and leave them until half of Kimberly’s closet was full. Within a year, they were engaged and opened Lumberton Auto World LLC together. He then had his own family and soon welcomed Milo, his four-legged son, who he considered his own blood. He became a second dad to Zach by attending all his school sporting events, supporting him in all his life endeavors, and showing him love as if he was his own son. Jeff’s life was encompassed by joy and laughter. He was always the life of the party and had a smile that was recognized by all. He had many lifelong friends with nonstop stories of adventures which he treasured immensely. To say he lived a full life is an understatement. He will be missed dearly. 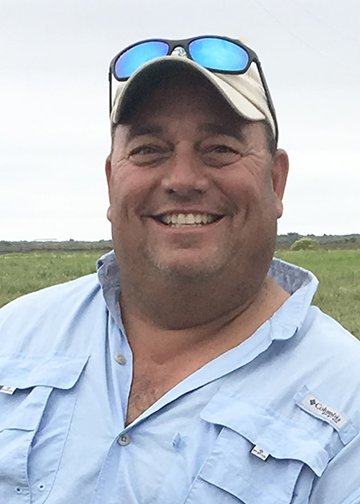 Where to start? I have known Jeff since high school. He was truely one of the best people I have ever known! Always ready to party and have fun. If you knew him when he lived in New Braunfels then you already know Jeff knew how to throw a party!! Many good times! You will be missed my friend!! RIP

Sending my thoughts and prayers to everyone. Jeff was such a great guy, always smiling and always there for you when needed. Until we meet again Jeff, you will be missed.

We are so sorry to hear about Mr. Jeff, we are keeping you all in our thoughts and prayers Mrs. Kim.
-Ashley and Adam Leger

Dear Kim
My deepest condolences to you and your family. I’m so sorry for the loss of your husband. May God’s peace and grace carry you through this difficult time. You are in my thoughts and prayer

So very sorry for your loss. Jeff was a fun person to be around. I will always remember his beautiful smile! He could always make me laugh. He will be dearly missed. He’s in God’s arms now…but what a wonderful place to be!

I first met Jeff many years ago at a blackjack table and we became fast friends. He was fun to be around and had a energy level that was contagious. “Who let the dogs out” was his winning saying 😊. I miss hearing him shout for joy and sharing that smile. Rest In Peace my friend

Kim,
Sorry sorry to hear of Jeff’s passing.
Praying for you all.

I have known Jeff for 20yrs. What a character he was and will still be from above. You will be greatly, greatly missed. My thoughts and prayers are with the family RIP Jeff. God Bless.
Love Always your tellers at Schertz Bank & Trust.

Sending loads of light and prayer for Kim and Zack. Heaven gets sweeter and sweeter with John and Jeff in it. I wish I could take the pain away. If you need me, reach out and I’m there. My prayer is that there is peace that surpasses all understanding.

Jeff was my friend for many years. No lie that He could hold a conversation for hours. He will be missed dearly! Fly high up on that mountain Jeff and look after your beautiful family from up above!

Jeff was like the little brother I never had. I will always love him and miss him terribly . All my love to you Jeff May you Rest In Peace .