Jeff was born on September 30, 1966, in San Antonio, Texas, to his parents John Francis McCune and Joy Ann McCune. He grew up in Albert Lea, Minnesota. Jeff attended and graduated from Albert Lea High School in 1985. Shortly thereafter he became a successful young salesman for the international Vacuum cleaner company known as Kirby. At the tender age of 24 he packed up his small new family (his 23-year-old wife, her 4-year-old daughter he would give his name and his 6-month-old infant baby girl) in a large U-Haul truck. He drove 1,352 miles to Beaumont, Texas, to begin a new adventure, starting his own Kirby distributorship with very little money in his pocket and a heart full of hope. He was a charming and invigorating orator. With a booming voice and strong northern accent, he commanded the attention of any room he entered. His speeches motivated and roused crowds small and large as a leader in his industry over the next thirty-four years.

Jeff was an avid poker player. He once entered and held his own in the World Series of Poker tournament in 2013. Jeff loved to collect beautiful things, an admirer of the arts and world history. Traveling was one of his favorite pursuits. He has been around the world, from South America to Paris, Italy to Nicaragua to name a few. Jeff recently spoke of his dream to take his grandsons on an African Safari with a glint of excitement in his eyes. He was a walking plethora of information on most subjects. He admired most those that were disadvantaged that rose above their station with hard work ethic and a positive outlook on life. A direct quote he would often say in his everyday life ,“That’s positive!” Jeff had a generous soul. The eldest in his family he often took the role of the leader, the protector, the caretaker. He saw the value of all around him. On holidays, he often invited people over that he knew did not have family or wealth to share in his own family’s meal and celebrations. He loved and was inspired by humanity. He could converse with anyone in the street-often making them laugh or feel seen.

He loved most in this world his family. He would walk through hell for them, and often did. Words fail to explain the depth of love he felt for his children and grandchildren. His love was unconditional, unyielding and eternal. Mr. McCune is survived by his wife Lisa McCune; His daughter and son-in-law Jessie and Zackary Van Pelt; His daughter Emily McCune; His son, Mekenzie McCune; his grandsons, Kai Van Pelt, Kayden Merendino and Liam Van Pelt; His mother, Joy McCune; His brothers Matthew and Brian McCune; And his sister and brother-in-law Amy and Kenneth Steinke.

Jeff is preceded in death by his father, John Francis McCune.

Cremation and a family gathering will take place with recognition of current state mandated gathering restrictions at Broussard’s Crematorium, under the direction of Broussard’s, 1605 North Major Drive, Beaumont. A memorial service will be held at a later date in Minnesota after restrictions are lifted to honor and celebrate Jeffrey John McCune’s life. 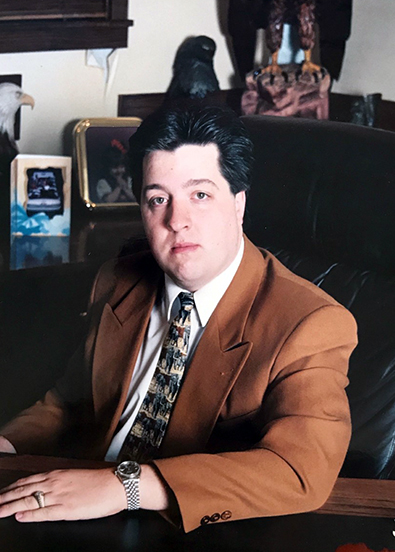 Prayer for all of you!

Jessie, Deepest condolences to you and your family. Many prayers for healing and love during this time, and I send positive energy your way now and in the future. With love, Meghan Cobb

Sending love and prayers to you all. â¤ï¸ Iâ€™m so sorry for your loss.

My heart aches for the McCune family at this difficult time! Jeff always made me laugh when I was hanging out with Amy at the family hime in Albert Lea! Sending prayers and hugs!

Condolences to your family. Our thoughts are with you all during this time.

You are all in my thoughts and prayers. I enjoyed his company. To live in the hearts of those we leave behind is to never die.