Jerry attended school in Richard City, Tennessee. In 1959, he started his career as a Merchant Marine Engineer and his first shipping assignment was aboard Sun Oil’s SS Ohio Sun. In 1966, he joined the Marine Engineers’ Beneficial Association. In 1967, he boarded the SS Challenger and transported ammunition to Vietnam, sailed through the Suez Canal, immediately after the 1967 Six-Day War, and transported food and supplies to Bangladesh during the 1971 Liberation War. He also sailed as 2nd Engineer on the chemical tanker the Overseas New York until he retired in 1996 with his wife in Beaumont, Texas. During his thirty-seven-year career, he traveled around the world six times.

Jerry was known fondly by all as “Poppy,” the name his grandchildren lovingly bestowed upon him. Poppy was quite the entertainer; telling tales about Big Foot, singing little jingles, and teaching the kids and grandkids how to cook, ride motorcycles, and squirrel hunt. Poppy was an avid gardener. He also raised rabbits, chickens, ducks, geese, guineas, and turkeys. He loved working in his workshop while listening and singing to his favorite Country Western music.

He is preceded in death by his wife of forty-two years, Hazel Marie Palmer Bruce Godfrey; his parents; and grandson, Michael Frederick Rugg.

Cremation arrangements for Mr. Godfrey will be handled through Broussard’s Crematorium, Beaumont, under the direction of Broussard’s 505 North 12th Street, Nederland. At his request, the family will meet in the future to spread his ashes in Kimball, Tennessee. 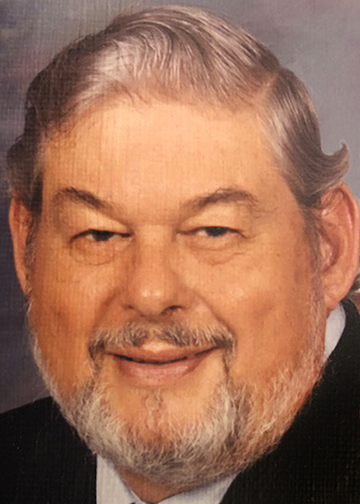