Jerry L. Knowles, 79, of Houston, formerly of Beaumont, died Wednesday, April 15, 2020, at MD Anderson Cancer Center, Houston. He was born on December 14, 1940, in Union, Mississippi. Jerry was preceded in death by his parents, Carmalene Savell Knowles and Virgil E. Knowles, of Beaumont. He was a United States Air Force veteran and retired as a Licensed Real Estate Broker in the State of Texas. Jerry was also a member of St. John Vianney Catholic Church in Houston, Texas.

A family graveside service for Mr. Knowles will be held at Forest Lawn Memorial Park, Beaumont, under the direction of Broussard’s, 1605 North Major Drive, Beaumont. 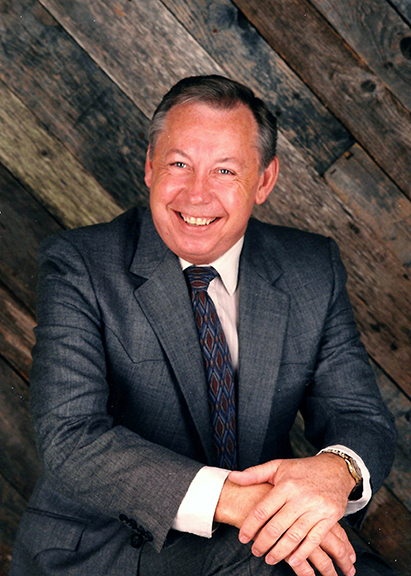 I will forever and always love my big brother. I didn't get to see him as often as I would have, but when we did get together, we talked about the old times and the funny things we did. We laughed a lot, often about ourselves and how forgetful we were. I was not ready to let him go, but at the same time, I am thankful that he is no longer suffering. Dixie was an amazing caregiver, often overlooking her own needs. Jerry, Jr. and Barbara stepped up and helped both of them. Rest in peace, sweet man...

Kenneth and family, I am sorry to hear of the loss of your brother. I will say a Mass for in soon, as schedule allows.

Prayers and sympathy for you Dixie, Jerry and Barbara and family. He was a good man and father. May he rest peacefully in the arms of Jesus for eternity.

Iâ€™m sorry to hear about Jerry . Dixie please know that you and your family are in my prayers. May the Divine Mercy of our Lord comfort you in this time of sorrow.

Sorry we can't be there, our thoughts & prayers are with you!!! We love you

Was sorry to hear of Mr. Knowels passing. Love and prayers to Mrs. Knowles and the family. MANY great memories and times made with the Knowles family. May God bless all. Rest in comfort my friend.

We will miss Uncle Jerry so much. We have lots of fond memories of him. And will miss his laugh and smile the most. Prayers continue for Aunt Dixie, Barbara and Jerry Jr and our entire family. Love you all. Annie, Colt, Jackson, Emma and Allie

Dear Carolyn. I am so sorry for the loss of your brother. I wanted you to know that you and your family were being thought of. God Bless.

Our thoughts and prayers are with you .

We are sorry to hear of Jerry's passing. Prayers that Jerry is in God's arms, and for peace and comfort for Dixie and their family.