Jerry Winford Woolwine, 72, of Mobile, Alabama, was called to his heavenly and eternal home on Thursday, November 3, 2022.

Jerry was born September 14,1950, in Hattiesburg, Mississippi, to Vallie Marie Bellow Woolwine and Woody Woolwine, Sr. He grew up in Sanford, Mississippi, and Vidor, Texas, where he graduated from Vidor High School. He worked for Continental Grain Elevator in his earlier years and then Exxon Mobil Refinery for 27 years from which he retired. He had an impeccable work ethic and was known to be one of the hardest working guys around.

Jerry was a devoted and loving father, grandfather, brother, uncle and family member. He had a charismatic personality and never met a stranger. He was always eager and happy to help someone in need. He was a blessing to many, and he himself was greatly blessed by his wonderfully close friends, sponsor and mentors. He had a genuine love for his friends and he cherished their friendships. He brought fun and laughter to all those around him and took joy in helping others enjoy life. His relationship with God was important to him and he never hesitated to shared his faith which was an encouragement and inspiration to others. His relationship with his family was special to him and he was always there to help a family member in need and encourage those in difficult times. He enjoyed the great outdoors and thoroughly enjoyed being on the water, whether it was skiing, boating, fishing or just taking in the majesty of God’s creation while walking along the beach. One of his greatest enjoyments was spending time at Padre Island with his children and friends and he especially enjoyed spending time with his grandson, Connor, who brought great joy and purpose to his life. They often spent time hunting for lizards and doing all the fun things that were special to Connor and his Paw Paw.

Jerry will surely be missed, but the seeds of love, generosity, compassion, encouragement, and laughter will live on in our hearts forever.

He is preceded in death by his parents, Woody and Vallie Marie Woolwine; brother, Earl “Bud” Woolwine; and sister, Sylvia Woolwine Herring.

A gathering of Mr. Woolwine’s family and friends will begin at 1:00 p.m., with his funeral service to follow at 2:00 p.m., Thursday, November 17, 2022, at Broussard’s, 1605 North Major Drive, Beaumont. His cremation arrangements will be handled through Broussard’s Crematorium. 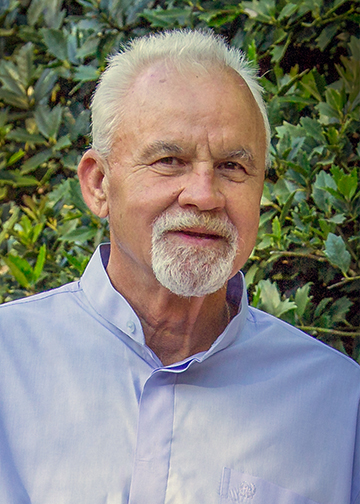 Jennifer
So sorry to hear of the passing of your father. My thoughts and prayers are with you during this difficult time

I am so saddened to read this post in F B about Jerry. I haven’t spent much time in Vidor since my move to Dallas in the late 60s. But I always have such sweet memories of the Woolwone family while I was living there. So sorry to read that Jerry has passed on. My sincere condolences to Jerry’s family. I know he will be greatly missed.

I always enjoyed being around “Wool” and working with him. Never angry and always willing to help you with anything. The world is worse off without him.

My thoughts and prayers for Jerry’s family. He was a very good childhood friend, good man with such a fun sense of humor.
Sundays I felt like part of the family piling into the car with everyone for Church.
Such sweet memories…..

Our deepest sympathy to Gloria, her girls and to all the Woolwine family. Our hearts are broken for all of you. Jerry was loved and will be greatly missed! Praying God gives strength and peace to each of you.

The Woolwine family my deepest condolences. I worked with Jerry for many years he was such a hard worker. He had a larger than life personality always funny. He was very generous, kind heart and mischevious. One of my most favorite people. He will truly be missed. Sending prayers for peace and comfort.

Erin – you described Jerry well. We all enjoyed his humor and smile. This obit is great and paints a good picture of Jerry Woolwine. I will forever remember him!
God Bless the Woolwine family-
Jack Chambers

Jennifer, Jackie, Gloria and Gaga my heart goes out to you. I’m so sorry for your loss. Jerry was a one of a kind would come and visit and walk in the front door and out the back and that was the visit. He was a great person with a great heart and loved his girls and grandson so much. He will definitely be missed. Love y’all and praying for you during this hard time