Jesse Rojas, 94, of Beaumont, died Thursday, March 17, 2022. He was born on April 5, 1927, in Beaumont, to Guadalupe Gonzales and Luis Rojas. Jesse was a United States Navy veteran having served during World War II. He retired as a welder. 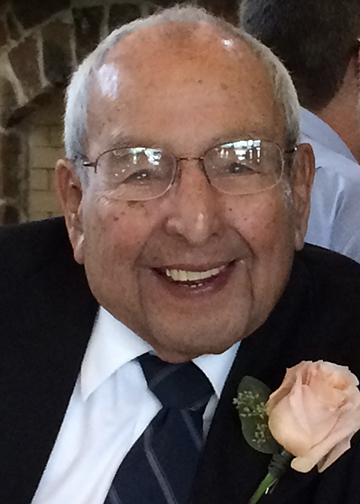 So sorry to hear about Mr Rojas passing. Out thought and prayers are with you Mrs Rojas and family. Diane(Cortez) and Chris Reyes.

So sorry for your loss. Sending prayers for the family. JoAnne Brackett Gruter

I remember my Dad telling of the fun and good times when he and Mr Rojas worked together.
Prayers for faith, strength and comfort for the family during this time. Prayers for Mr Rojas’ soul this day at Mass as well.

Rose & Rojas Family,
We are so sorry for your loss. We will miss our dear friend Jesse. Each of you are in our thoughts and prayers. God bless.

Our deepest sympathies. We loved our Uncle very much. Sending love and prayers.

Thank you for your expression of sympathy. We will miss Daddy.

Pat, it was wonderful to see you. Thank you for coming to be with us.

Love and prayers, Eva and family

Our deepest sympathies. We loved our Uncle very much. Sending love and prayers.

I am saddened to hear of the death of Mr. Rojas. I remember him as a joyful person. Even now as I write this note, I am smiling just thinking of him. You have my deepest sympathy, and I will hold all of you in my prayers.

Dear Rojas family, please accept our heartfelt condolences for your loss. I will always remember playing in your backyard as a child. Jesse was always so kind. Sending prayers for you all.

We would like to extend our deepest sympathies and condolences. Sending prayers for the entire family.