Jessie Lee “Billie” Jones, 92, passed away peacefully in the early morning hours Friday, February 19, 2021. She was born February 13, 1929, in Kirbyville, Texas, to Vera and Arthur Falkner. She married Ben Jones, Jr. on June 13, 1948. They were married forty-seven years when he preceded her in death in 1994. She was a devoted wife and loved her husband dearly. Her grandson-in-law often said, “the most unluckiest man ever to live would be Billie Jones’ second husband” because she never tired of telling how Ben Jones, Jr. would have done something or what his opinion on a matter would have been.

Billie leaves a big family to mourn her loss and remember her legacy. She was a woman of many names. She was Mama to Sharon and Karen, mother-in-law to Jesse and Larry, and Mawmaw to Tiffany and Ben, Lee and Cassie, and their spouses, whom she claimed as her own. She was also Mawmaw to her great-grandchildren: Ethan, Tye, Garrison, Lauren, Karson, Stephen, Dan, Blaine, Jayden, Jessie, Kash, Anniston & Brooklyn. She was Aunt Billie to many adoring nieces and nephews. She was a daughter, a sister, and a friend.

Billie loved her family and her home. As long as she was able, she worked in her big yard tending azaleas and pruning plants. She was so proud of the home she and Ben had built together. If she wasn’t in the yard, she could likely be found in the kitchen working her magic on a brisket or pork roast. As much as she loved being outside, she also loved being inside cooking a meal in anticipation of her family coming to eat with her. Her greatest joy was having her children, grandchildren, and great-grandchildren with her.

Billie was a loyal member of First Baptist Church, Silsbee for nearly sixty years. She served in VBS, the nursery, and the Sunday school ministries. She was a member of WMU, and supported mission efforts at her church with her time and money. She “studied to show herself approved” and was faithful to teach when called on. She was an encourager and a prayer warrior. She was a champion of the faith, and loved and trusted her Savior, Jesus, unswervingly.

Billie Jones was an amazing woman. She was a wonderful, crazy mixture of down-to-earthness and perfect polish. She was equally and perfectly at ease in her own yard with dirt under her nails and sweat on her brow or dressed-to-the-nines at a Women’s Club tea. She was grace and grit comingled; she was truly one-of-a-kind.

Please observe social distancing guidelines.  By attending any public event you are acknowledging the risk of exposure to the Corona Virus.  Please follow the guidelines provided by the Centers for Disease Control: cdc.gov. 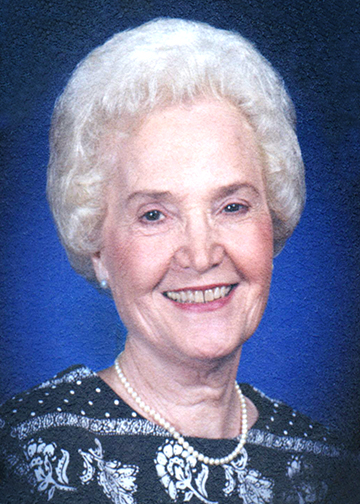 Sharon, Karen and family, our prayers are with you during the loss of your Wonderful Mother. May God bring peace during this difficult time. So hard to lose your Mother.

This obituary is a beautiful tribute to Mrs. Jones! What a great reunion she is celebrating as she, in her graceful way, stepped into eternity. Our prayer for your family is that the Holy Spirit will comfort, encourage, and sustain you all for the days ahead.

Karen, sending our heart felt condolences to you and yours for the difficult days ahead. Much love...

So sorry to learn of your mother's passing. We were in Woman's Club together. Billie was very dedicated in serving the public. Members spent many hours at her home sewing blankets for cancer patients at MD Anderson. Billie has been and will be greatly missed. God bless and comfort you all during this time. Charlotte Stephens

I don't even know your mom....but her smile was so pretty, I just had to read her obituary. I cried as I read her life....what a wonderful lady she must have been! I felt I knew her after the beautifully written memorial. Prayers for your family.

Sharon, Karen, and families , my prayers are with you all during your loss of your beautiful mother.. I can remember her working a Sear catalog store in Silsbee and she was always so kind and sweet to me ...time helps, however mine has been gone over 25 years and I see miss her..prayers for all

Billie's husband Ben worked for Mason Construction for many years, so the extended Mason family got to know Billie. As the obituary so aptly states, she was both "down to earth" and elegant. We were al fortunate to know her.

Thank you, Chuck. Mawmaw loved your mama and daddy. She was so pleased when we were invited to attend the Mason Construction anniversary party a few years back. She considered it an honor.

So very sorry for your loss. Praying for peace and comfort for all

Aunt Billie I have always known you, always loved you and now miss you until we all meet again in our heavenly home.. You were always a great example of a good Christian Lady and I have learned so much from you.. I thought of you daily and had hope for the time we could hug you again. We will keep your legacy going. Our families will grow and we will always remember you to them. Gwen Falkner Smith

Ben, Cassie, Lee, & Karen, Youâ€™re in our thoughts and prayers as you face the loss of your mother and grandmother. Regardless of a long life lived well, the loss of a loved one is never easy. Our hope and prayer is that you experience Godâ€™s love and peace now and in the weeks and months ahead as you celebrate her life and legacy. â€œwhatever is true, whatever is noble, whatever is right, whatever is pure, whatever is lovely, whatever is admirableâ€”if anything is excellent or praiseworthyâ€”think about such things. Whatever you have learned or received or heard from me, or seen in meâ€”put it into practice. And the God of peace will be with you.â€ Philippiansâ€¬ â€­4:8-9â€¬ â€­NIV

Prayers and good thoughts with the family Mrs. Jones always was dressed in her finest clothes even when working in the yard she had to look her finest in case she was called to town. She leaves many good memories for her loved ones.