James Lawrence Perry, 70, of Spring, Texas, died Tuesday, January 18, 2022. He was born in Malden, Massachusetts in 1951. Jim, at eight months old, along with his biological sister, Laurie, at twenty months old, were adopted by their loving and devoted parents, Bill and Ruth Perry of Cape Cod, Massachusetts.

As a young child, Jim’s parents owned and operated a radio and TV business on Cape Cod where his father sold televisions and home appliances and his mother worked as the bookkeeper. Owning a business like this afforded them the opportunity to be the first family in the area to own a color TV.

When Jim’s family moved to Solon, Maine, his parents built from the ground up, owned, and operated the Evergreens Campground on the banks of the Kennebec River, which is still in operation today.  Jim enjoyed sharing stories about helping his father clear the land, planting trees, building log cabins, and helping the campers get settled in for their visit. Hard work was no stranger to Jim.  These experiences helped mold him into the man he became, and his excellent work ethic was key to the success he enjoyed throughout his life.

In 1969, Jim graduated from Solon High School where he was Salutatorian of his graduating class.  He was also class president and participated in basketball, baseball, debate, science fair, and drafting. His nickname in high school was “Winkle,” which by all accounts was given to him by his sister Laurie.

In 1973, he received the degree of Bachelor of Science in Civil Engineering from The University of Maine. He was also a member of the Beta Theta Pi Fraternity.

Jim traveled the world extensively and took his family on many trips.  His daughters have many cherished memories of their travels around the world and appreciated the life their father gave them. His oldest daughter was once featured in a local English newspaper as having already flown around the world by the age of six months old.

Jim was never at a loss for words. He was well versed on many topics and a great conversationalist. Like many of his relatives, he had a way with words and could talk your ear off if you let him.  He also had an excellent sense of humor and a talent for writing, as demonstrated through the many cards and letters he wrote to his family.

Jim was a loving father who provided praise, support, and unconditional love to his two beautiful daughters. He was actively interested in their lives and supported them in all that they did – ensuring they would grow into confident self-assured young ladies.

Jim was a devoted husband to his wife, Gina.  They had only one fight and it was over who loved who the most.  They recently celebrated their fifteen-year wedding anniversary, and he wrote in a letter to her that said if he had to do it all over again, he would choose her again, and again, and again. He also loved his two stepchildren and treated them like they were his own.  Their blended family fit together perfectly, and they enjoyed many fun days together, especially during the holidays. The cherry on top were his grandchildren whom he adored.

Jim was many things to many people, but first and foremost he was a devout Christian and had a personal relationship with Jesus Christ his Lord and Savior.  Jim loved his church, his men’s bible study group, and his church family at Spring Woods United Methodist Church in Spring, Texas where he had been a member for twenty-two years. He had a servant’s heart and served on many committees and was well respected by all who knew him. Sunday was his favorite day of the week.

In lieu of flowers, memorial contributions may be made to M.D. Anderson Cancer Center at gifts.mdanderson.org; St. Jude Children’s Research Hospital at stjude.org/donate; or the Wounded Warrior Project at support.woundedwarriorproject.org.

Please observe social distancing guidelines.  By attending any public event you are acknowledging the risk of exposure to the Corona Virus.  Please follow the guidelines provided by the Centers for Disease Control: cdc.gov.  Masks and hand sanitizer will be made available. 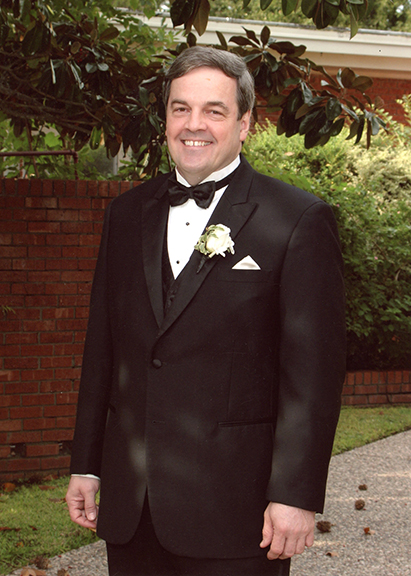