James Wilson Smylie was called home to God on Friday, November 19, 2021, after a brief battle with cancer.  Jim, as he was known to most, was born to Jim and Joe Nell Smylie in Wichita Falls, TX on April 19, 1958, but grew up in the middle of the Texas oil patch in Snyder, TX.  His childhood was marked by all the adventures a boy could want, playing sports on the street with friends, camping on the West Texas plains with his father and brothers, and eating watermelon in the front yard with his sisters. Most importantly Jim learned the values of faith and family, loving God, his parents and siblings fiercely.

Many will remember Jim for his unrelenting work ethic first as a Chemical Engineer and later as a Small Business Owner. He excelled in both endeavors and there is no doubt Jim enjoyed working and seeing the fruit of his labor. However, those who knew him best would quickly point to his true passion, raising his children with the love of his life, Julie Anna Hoover, who he married in the fall of 1978.  Life moved quickly and spanning from 1980 to 2001 Jim and Julie were blessed with two sons and a daughter. A few more years passed, and Jim would gain two daughters-in-law and three grandchildren whom he watched grow with great pride and joy.

True to his nature, Jim would be a part of many service organizations over the years including the Boy Scouts, Masonic Lodge, Shriners and Tiger Rock Taekwondo. It was through these Jim gave time to his family and community teaching those around him how to walk a righteous path filled not with things but with meaningful work and love for each other and God.

A renaissance man, Jim would pursue multiple hobbies over his life including amateur radio, fly fishing, camping and hiking, martial arts, bee keeping and many others. Through the many years sailing would prove to be his longest running pursuit, leading him to become a member of the Port Arthur Yacht Club and sailing the Gulf of Mexico with his wife and daughter.

While Jim has joined his parents in Heaven he is survived by his loving family-his wife of 43 years, Julie Smylie; their son, Will and his wife, Selina, and their daughters, Addison and Gabriella; their son, Calvin and his wife, Shelby, and their son Michael; and their daughter, Caitlin, the apple of his eye.  Jim is also survived by his brothers, Glenn and his wife, Mary; John and his wife, Stacey; his sister, Sue and her husband, Mike; his sister, Elaine her husband, Rey; his nephews and nieces, Mark, Stephen, Christopher, Thomas, Elizabeth, Rebecca, Victoria, Rachael, and Alexis; great-nieces and nephews, Carmen, Lorelei, Sophie, Lennox, Luke and Asher; his Uncle, Leslie Southern and aunt, Billie Southern; and numerous cousins.

A gathering of Mr. Smylie’s family and friends will begin at 1:00 p.m. with his funeral service to follow at 2:00 p.m., Tuesday, November 23, 2021, at Calvary Baptist Church-North Campus, 395 Fletcher Road, Lumberton. His cremation arrangements will be handled through Broussard’s Crematorium under the direction of Broussard’s, 1605 North Major Drive, Beaumont.

In lieu of flowers, memorial contributions may be made to Shriners Burn Hospital, 815 Market Street, Galveston, Texas 77550. 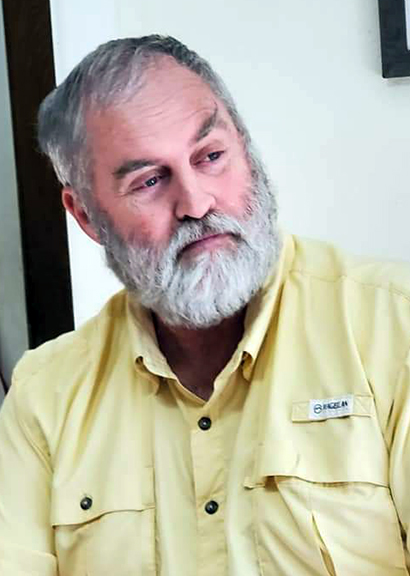 The lessons taught by a father last a lifetime. May you always feel him near you. Jim will never be forgotten and will be greatly missed. We send our sincerest condolences.

Gods blessings over the whole family, Jim was truly a wonderful Person , 🙏🙏

You and your family are lifted up in prayer. Please accept our condolences. If you need anything at all, please do not hesitate to reach out.

Julie, Calvin, Shelby, Michael and Caitlin & Family. My sincerest condolences. It is so hard to wrap my mind and heart around Jim’s passing. I am constantly reminding myself of all of the years and hours we all spent together training on the mats and all of the many wonderful memories we all have of Jim and all of our Martial Arts Adventures. I would be willing to bet Jim is picking out a grand location in Heaven to open his own academy. My heart and my prayers are with you all!!

My thoughts and prayers to Julie and her family. Jim was a wonderful and giving man that I was fortunate enough to me through Scouts. He was truly a mentor to many boys but a true friend to all he was involved with in his life. He will be missed dearly.

Julie,
My heart is broken for you and your family. May you find peace and healing in the days to come.

Gone too soon! Have lots of cool memories, though. Prayers for all the family.