Dorothy Joan Bristow known as Joan Dorothy Bristow, of Peoria, Arizona was called home to be with our Lord and Savior in the early morning hours of January 23, 2021 due to Coronavirus.

While living in Texas Joan worked at Gulf States Utilities as a Secretary, The Royal Coach Inn as an Event Coordinator and later at Gulf Oil as a Secretary to the Security Department.  She also worked in a Law Office in Texas City as a Paralegal.  In 1974 she moved to California.  During her years in California, she worked at Valley Federal Bank as a Secretary and Hughes Aircraft Company as an Executive Assistant in the Missile Systems Group, Defense Division, where she had top secret clearance.  She was extremely dedicated, hardworking and very proud of all she accomplished, especially her work at Hughes Aircraft Company.

Joan had a great love for all animals and a passion for horses which stayed close to her heart her whole life.  When she was younger and able to, she enjoyed walking her dogs at the park and riding horses.  She also enjoyed spending time at lakes, the ocean, being in the sunshine, cooking and sewing.  She made some of her own clothes, as well as dresses and skirts for her daughters Debbie and Donna.  One dress in particular was a beautiful lavender dress she made for her daughter Debbie that Debbie loved so much, she is quoted as saying, “I wore it much longer than I should have, but it was my favorite dress.”

Joan was actively involved in the Brownies and the Girl Scouts providing support for her girls.  She was also a Campfire Girls Leader, Room Mother, active in the PTA and painted faces at the elementary school Halloween Carnival every year.  She loved teaching her daughters how to ride horses and had a special way of always making Easter, Thanksgiving, Christmas and birthdays extra special.  She put her heart into everything she did, making holiday meals from scratch, never a box.  Yes, holiday meals were made with great care and love.  Those days she would often reflect on as being the happiest days of her life.

Throughout Joan’s life she often shared stories about high school, old friends, visits with her Father as a teenager when he lived in Florida, her great adoration for her Grandmother, her children and love for her family.  Her love of classical music made a significant impact on her grandson Gregg Bailey who is now a professional organist.

Joan was a very strong, ambitious, dedicated, hardworking woman who raised two girls on her own.  Besides possessing a great, quick witted sense of humor, she was beautiful and intelligent.  She was a daughter, Mother, Grandmother, Great Grandmother and friend who will be greatly missed by all who knew and loved her.

Joan loved animals and often contributed to local animal shelters. In honor of her love for animals, memorial contributions may be made in her memory to an animal shelter of one’s choice.

A gathering of Ms. Bristow’s family and friends will begin at 1:00 p.m., with her funeral service at 2:00 p.m., Tuesday, February 2, 2021, at Broussard’s, 2000 McFaddin Avenue, Beaumont. Her interment will follow at Magnolia Cemetery, Beaumont. 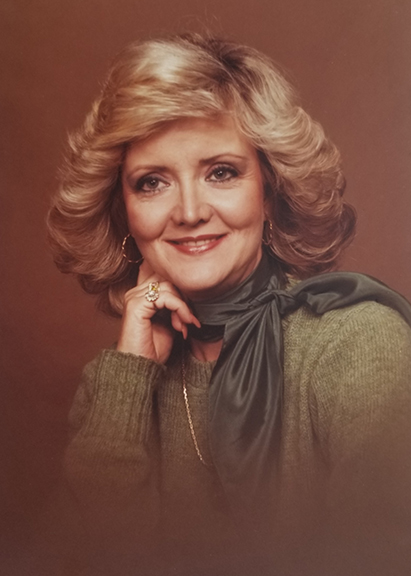 May you Rest In Peace beautiful lady!!! Youâ€™re daughter Donna is amazing and loved you so much!!!! My condolences to the family and friends. XO

My wife and I would like to send our deepest condolences to your entire family. May the Lord help heal your sadness and highlight the memories. With Love....Debbie and Andrew. Long time friends of Eric and Donna Weiger.

Our family sends our condolences to your daughter Donna and the rest of your family.. May you find peace at home in heaven above, for your truly created and gave earth one of the most beautiful women ever to grace the earth: Donna. We send our love and prayers for comfort and strength.

Donna and Debbie, Your mother looks to be a beautiful, loving and caring woman. May she Rest In Peace eternally! Our deepest condolences to you and the family.

Rest In Peace you beautiful woman. Our condolences to your amazing family. Love - Carl and Kathy Appellof

FRENCH HIGH SCHOOL 1959 ~THE EMPTY CHAIR~ Our yesterdays are gone, but the memories linger on. Deepest sympathy to Joan's family and friends.