She was born on February 13, 1940, to Phillip and Elizabeth Dattalo in Beaumont, TX. Her birth name was Giovana.

She attended South Park High School and would have graduated with the class of 1958 but chose to get married instead. She later earned her equivalent high school diploma and became an accountant/bookkeeper.

Joanna loved spending time with family growing up as a child and teen, and often talked about her trips to see her Gigliotta cousins in Chicago, as well as tell stories about her trips to Galveston and visiting her Maceo cousins, and the famous Balinese Club, as a little girl.

Joanna met the love of her life, Johnny LaBarbera when she was working at the Jefferson Movie Theater selling tickets, while Johnny was trying to sneak into the movie. They were married on October 11, 1957, and later formalized in a Catholic ceremony in New Orleans on November 2, 1957.

As her family was growing up, they took many trips. Favorites were trips to Colorado/Pikes Peak, Disney, and San Francisco; but sometimes just heading to Galveston Beach was enough. She cherished trips to visit family in Houston, Round Rock, San Antonio, New Orleans, Rockford Illinois, and Chicago. In 2009, she went on a family trip to Sicily to meet her Dattalo family cousins as well as Johnny’s cousins, it was a trip of a lifetime. Late in life, she often took trips with Johnny to Lake Charles, where they played the nickel slots.

She enjoyed being a stay-at-home mom. A busy schedule of football, soccer, baseball, and basketball to name just a few. On top of the sports there were 5 a.m. paper routes with her sons, and the home life also consisted of having a Shetland pony, chickens, German Shepherds, a snake or two, Chinese Shar Peis and countless stray dogs that she refused to leave behind, so they were brought home or re-homed. She basically knew how every Italian was related in Beaumont with an uncanny memory for details. She enjoyed going to church and was a member of St Jude Thaddeus Catholic Church.

As the kids grew, she returned to work at St. Annes Elementary as a librarian. Following that career, she had the opportunity to have a long fulfilling career at St. Elizabeth’s Hospital Treasury Department until retirement.

Following retirement, she baby sat grandbabies until an opportunity came up to return to her work passion of accounting. She worked with Allied Bail Bonds until it was time for retirement once again.

Family time was of the upmost importance over the years and her grandkids meant the world to her. Her and Johnny were at every event that they could make to support the grandkids.

Some of Joanna’s favorite music artists were Frankie Vallie and the Four Seasons, the Bee Gees, Lionel Richie, Chicago, Neil Diamond, Michael Jackson, and of course Kool & the Gang, who sang ‘Joanna’.

Joanna never met a stranger and was beloved by her family, friends and whoever got lucky enough to spend time with her. And who could ever forget her pasta, sugo and meatballs on Sundays, and rice balls on special occasions.

She was preceded in death by her husband, John Jerry ‘Johnny’ LaBarbera Sr.

Special thanks to Deacon Uriel Durr, Johnny’s first cousin, for leading the Rosary and serving at the funeral mass. Also, the loving care givers from Visiting Angels (Beaumont and Houston), Brookdale Champions, and private care givers who became so important supplementing her family’s care.

Memorial contributions can be made to Saint Jude Thaddeus Catholic Church, 6825 Gladys Ave, Beaumont, Texas, or to the Humane Society of Southeast Texas, 2050 Spindletop, Beaumont, Texas 77705.

A Rosary will be recited for Mrs. LaBarbera at 5:00 p.m., with a gathering of family and friends to follow, Thursday, May 12, 2022, at Broussard’s, 2000 McFaddin Avenue, Beaumont. A Mass of Christian Burial will be celebrated at 10:30 a.m., Friday, May 13, 2022, at St. Jude Thaddeus Catholic Church, 6825 Gladys Avenue, Beaumont, with her interment to follow at Memory Gardens of Jefferson County, Nederland. 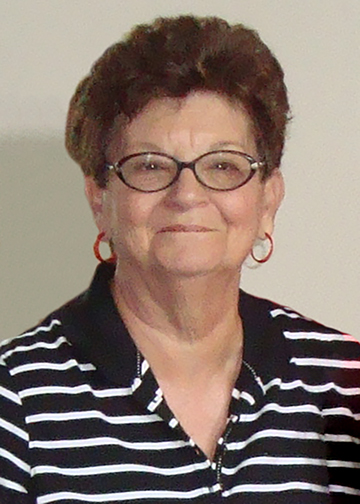 We’re very saddend to hear of Joanna’s passing.
I worked with Johnny at Union Oil for many years and have very fond memories of Johnny and Joanna.
We now live in Cedar Park, TX.

Thanks Mike for your comments . My mom and dad spoke of you often.

Sorry for ur loss.

So sorry to hear of Joanna’s passing. I have fond memories of her in my growing up years. My prayers are with you all.

So very sorry to hear of Joanna’s passing. My condolences to you John, and the rest of your family.

Sincere sympathy is extended to JoAnna’s family. She was a cousin that I thought highly of, and will miss her.

So sorry your loss. She was an amazing person. Very fond memories of her when I was growing up. I know she will be missed. My prayers are with you all.

Saddened to hear of my cousin Joanna passing. I was especially fond of her and have many wonderful memories. I extend my deepest sympathy to her family. “No one ever really dies as long as there is someone left to remember”.