Jose (Joe) Abalos, a beloved member of the Winnie community, Saint Louis Catholic Church, and the Knights of Columbus passed away surrounded by family on June 15, 2022 at the age of 85. Joe was born to Juan Francisco and Marguarita Abalos on April 21, 1937 in Rankin, Texas. Joe had many fond memories of his childhood working and living on a ranch there until moving alongside his family to Robert Lee, Texas. In 1966, Union Texas Petroleum relocated the family to Winnie, Texas.

Joe was known as PePe to his family in West Texas. He was one of thirteen children and survived by two brothers, Selso & Manuel, and three sisters, Maggie, Maria, and Alejandra along with numerous beloved nieces, nephews, and cousins. He was preceded in death by Willie, Juan, Emelia, Manuela, Juanita, Aurora, and Felicita.

Joe was known for his generosity and commitment to caring for family, which he made a priority. He was an incredible son, husband, father, father-in-law, grandfather, great grandfather, brother, and uncle. There was nothing he loved more than large family gatherings; he truly loved when everyone was home. There was always fun and laughter, and a little mischief, when Joe was around. Joe found so much joy in coaching and watching his kids play sports, especially baseball. He has enjoyed watching his grandchildren participate in sports and various activities. He was truly his family’s biggest fan.

If you knew Joe, you knew he had an incredible work ethic. With no formal education, he became one of the best welders, pipefitters, and layout men in his field, and was a leader at Independent Refinery for numerous years. He took a lot of pride in his career and knowing that he gave his best to everything he did. Also, Joe had no tolerance for anyone who didn’t have his strong work ethic and was not shy about giving an opinion on this subject! Everyone can share stories of falling short of Joe’s high standards. This work ethic enabled him to provide for his family and was the picture of his love and commitment to his wife and children.

Joe married the love of his life, Cathy Lozano, July 25, 1962. Cathy and Joe celebrated 51 years of marriage before Cathy passed away in 2013. Family and friends loved gathering at Joe and Cathy’s home. There was always plenty of amazing food to go around. Joe loved hosting and cooking for others, especially if it involved his pit. He made the best steaks, brisket, tuna fish sandwiches, and tortillas. He would cut them out with a coffee can to make them round. If you stopped by the house, he always had something to make you, especially a large breakfast. Joe missed Cathy every day and we know he is thrilled to be reunited after 9 years apart.

Joe’s years missing Cathy have been filled with family, friends, and an occasional trip to a casino where he loved playing the slots, eating a good meal, and reminiscing about fun times with Cathy. He loved spending time with his dog PePe; yes, he named his dog after himself! Joe also cherished the hours he spent outside with his kids and Fabian – Joe loved sitting outside swapping stories about work, BBQ, how to perfectly manicure a lawn, and many other topics. We are still not sure who is the best welder or makes the best BBQ, but Joe and Albert did tell the best stories on each front, and often a firm BS was used to transition to next topic. Joe also love playing games and loved teaching all how to be a good loser – It was easy for him since he was regularly in the winner’s seat. He was a fierce competitor in all he did.

He will be missed by everyone at Farm & Home Supply as he stopped by regularly to shop but mainly to buy a football square. Maybe someone will have a chance to win now! He will also be missed by the team at Vortech Contracting. His visits were a bright spot in the team’s days. The family appreciates how valued and loved the staff made Joe feel each time he stopped by for his “surprise audits”.

The family would like to thank their cousin Joe Lee and Sonia Abalos and the special care he received at the Baptist Hospital of Southeast Texas, and his many healthcare providers over the last several years of his life, especially Dr. Patibandla, Dr. Aziz, Nurse Practitioner Dana Henderson, Dr. Oszczakiewicz, Dr. Fasulo, and all their staff.

In lieu of flowers, the family requests donations be made to the Joe and Cathy Abalos Memorial Scholarship fund, which has been in existence for 9 years to honor the value they both placed on academia. Please mail donations to East Chambers High School at 234 East Buccaneer Drive in Winnie, Texas 77665. 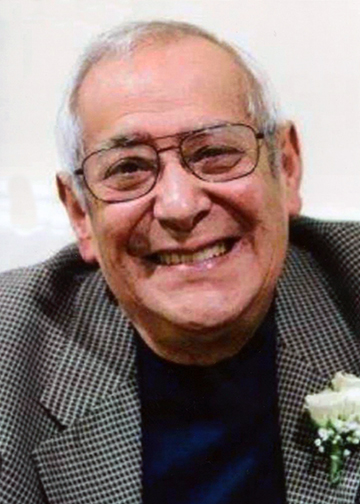 To the Abalos family, I am so sorry for the loss of your father. Your family was a great neighbor to my mother-in-law Imelda Koons and my daughter enjoyed many hours with Deanna. RIP Joe.

Condolences to the Abalos Family. Rest in Peace Sir.

Joe was a good man. You are all in my thoughts and prayers.

Mr. Joe was very special and always had a smile! I could talk for hours about the good times as a child that was spent at his house with all the kids, family and Miss Cathy. Mostly remember great food, baseball, and lots of laughs and fun. No one ever got the 5$ for eating a chip full of his salsa and not drinking anything for 30 seconds! Will miss him but thoughts and prayers to the family from SC!

My condolences to the family. What a great man! I know Cathy was so happy to see him and hug his neck! Lovely couple; great memories; huge hearts! I know you all will miss him so much. You are all in my prayers.

Condolences from Regan, Michelle, and Colby. Great family that we have been blessed to be apart of for many years.

Sending Our Sincere Condolences to the Abalos Family. Frankie and Family, we are so sorry to hear about the loss of your sweet Dad. Prayers for you all.

So sorry for your loss. Joe lost Cathy the same year I lost my husband Don. They worked together at Robert Lee, TX and also later at Winnie, TX. They had such respect for each others work ethnic. I know Joe is happy to be reunited with Cathy. My prayers of comfort are with all the family. He will be greatly missed.

My condolences to all of the family.
After viewing the pictures of time past, with the family, a smile came to my face. What a great family to know for so many years.
Please know that my thoughts are with you today and always.

Prayers for the family. I remember Joe from my days of working at Winnie Pipeline Company many years ago. He was truly one of the good guys, and everybody who knew him admired his work ethic and his warm personality. Cathy was such a sweet lady, and made the best tamales ever. So sorry for your loss.

Condolences for the Abolas family.
He and Cathy were the sweetest people.
Mr. Abolas and my dad(Luther Folsom)
worked together and we’re good friends.

Joe was such a special and much loved man! He will be sorely missed! My prayers are with all the family.

I’m so sorry to hear about Y’all’s dad. He was such a good man. Always kind to me. Even when I knocked on y’all’s door at 6am on a Saturday asking if the twins could come out and play. I’ll never forget the kindness all of the Abalos’s showed Grandma. She loved you all. To me y’all are the epitome of a close, loving, fun family. We should all be so lucky. I’ll admit it makes me smile knowing he’s with Cathy again. I wish I could be there tomorrow, but I’m sending my condolences, prayers and my deepest love to each of you❤️

PS-it would’ve been nice if Joe had shared the coffee can trick with me when Cathy was teaching me to roll out tortillas when I was a kid. All you boys, and Joe, made fun of my ugly misshapen tortillas🤣

Thoughts & prayers are with you all. So glad I had the opportunity to see him this past year. ❤️

Condolences, prayers of comfort, and continued blessings to the entire Abalos family. Mr. Joe’s legacy lives through you all.

Your family is in our prayers as we go through Father’s Day, knowing you are without your wonderful Dad. He was truly a great man, who made a wonderful family that we admire!

An incredible man and he will be sorely missed. Enjoy eternity with your two true loves. God and your incredible wife.

Only his body is gone which is a vehicle to carry his soul. His memory will live on in the people who’s lives he touched.
“Those we love don’t go away,
They walk beside us everyday:
Unseen, Unheard, but always near,
Still loved, still missed and very dear”

Mr. Abalos will be greatly missed. Prayers of comfort for the family.❤️

To the Abalos Family,

I am very sorry to hear of your loss. May God give you comfort and strength at this time. You will be in my prayers.

O h my lord I hate that Joe has passed but I know he is happy being with Cathy again. I watched all the Abalos children grow up and love them all. Joe was a wonderful husband, Dad and Brother. In the 50 plus years I knew Joe and Cathy I knew they were very special people. Again I’m so sorry for the loss of a wonderful friend. God bless you Joe and you and Cathy fly high above the clouds. You were both loved by many.

You will be greatly missed…Mr. Joe! You have a special family who loves you and will make sure your legacy of love, kindness and hard work will be passed on!👏🏼✝️🥰Thelma Smith