He is preceded in death by his parents and nephews James Kettl and Sean Kettl.

To his family he was known as Brian and as Joel to the rest of the world. Brian was a graduate of Beaumont High School and received a B.S. in Sociology from Lamar University. He started his working life at the shipyards. He owned a bread franchise for a number of years, and he retired as a supervisor from Texas Health and Human Services.

Brian loved to travel and was well known for his gardens and fruit trees.  He was an avid fan of both the Dallas Cowboys and the Houston Astros.  He was in two poker groups. He loved animals and doted on his two cats, Smokey and Maggie. Brian was always willing and able to lend a helping hand.  He was a friend to everyone he met.

The family wishes to thank all the doctors, nurses and staff at Christus Southeast Texas-St. Elizabeth and at Mid Jefferson Extended Care Hospital.

Memorial contributions can be made to an organization of one’s choice.

A family visitation will be held with a memorial service to be held at a later date, under the direction of Broussard’s, 2000 McFaddin Avenue, Beaumont. 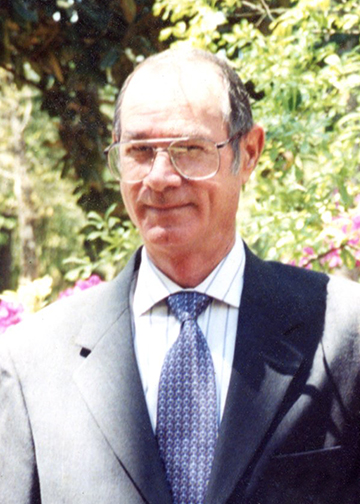 We love you, Uncle Brian.

Joyce I am so very sorry for your loss. Praying for you during this time of grief.

OUR THOUGHS AND PRAYERS ARE WITH YOU . WE LOVE YOU ANN.