Bugger was a Catholic by faith, a friend if you ever needed one. He never met a stranger. His smile and charisma was contagious. He loved his family and all the friends he met along his journey in life. In his younger years, Bugger worked as an auto mechanic, then a lineman, then became disabled at an early age.  He moved to Colorado for some years, where he loved entertaining everyone on Facebook with pictures of the beautiful scenery there and his walks along the park with his beloved dog/friend, Buttercup. 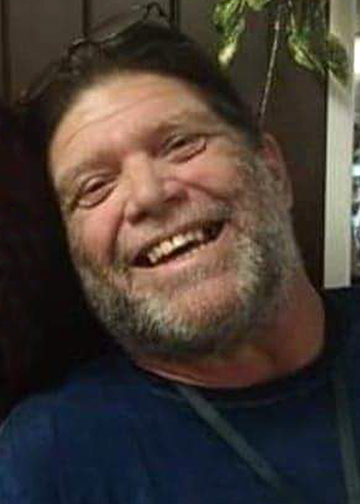 I am so sad to hear this.Boogar was so full of life.Never saw him sad.I wish i had kept up with him more,I just thought he would live forever.I loved him like a brother and he will always be in my prayers and my heart,At least when my time comes I will look for him because he will have it all figured out.

Bugger was my brother my coworker and casino buddy. he will be missed, He will always be in my heart. rest in peace. Tell mom ,dad and Calvin we miss them.

Patti, Ellen & family you’ll are in my prayers. You all were great memories for me when you’ll were growing up near us on Peek. Love you all

I am so very very sorry to hear that my cousin “Bugger” passed away. He was the sweetest soul you every met. I will miss talking to him on Facebook. I am glad that I did get to speak to him on the phone about 3 weeks ago. Oh my heart goes out to all the family. Hugs and Prayers.

Bugger, I am so thankful that Greg let me know you were in the hospital and we had that last alone time to really visit. I’ll be forever grateful. I known you were in pain and I hated seeing you suffer. You suffer no more my friend. You will be forever remembered by the kind and loving heart that you had, and the Fairness you always display in our childhood games. Yes you were always the couch, lol. I love you buddy!! Unitl we meet up again Ride them Heaven Highways like no other! God bless you and Peace be with your family and special niece Christy Breaux💗

My cousin Bugger and I chatted on Facebook. I enjoyed viewing the scenery pictures he posted often. His comments were always cheerful. I’m sad to know there won’t be anymore postings. Rest in Peace Bugger.