John was a United States Army veteran. He also served at St. Mary Catholic Church and was a 4th degree in Knights of Columbus. He was a gardener and a farmer. He didn’t just have a green thumb; he had a green hand. If you wanted it grown, he could do it. John wouldn’t go to the store unless he absolutely had to. He also enjoyed fishing, crabbing, dancing, and listening to Cajun music.

John is preceded in death by his parents, Inez and Alfred Hubert; his wife, Dema Harlene Bailey Hubert; and sister, Helen L. Frederick. 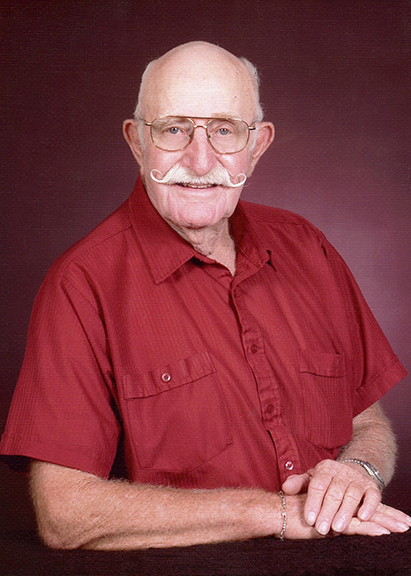 I am so sorry to hear about your father. Both of your parents, John and Dema were always so kind and thoughtful. Praying for your family.

I will miss this kind hearted man. Kerry and I loved him like anyone would love their Daddy. We were excepted into his family with open arms.. He will always be in our hearts and in our thoughts.. R.I.P, our sweet Angel.. I will look up to the heavens as you look down on us..

John will be missed as a neighbor and a Knight. Ellie and John Heath, please don’t let the citrus trees parish in his absence. Sorry for your loss and God bless !

It’s so sad to see a good man leave us. Mr John, as I first called him, looked so respectable and as my daughter describes him as like his own legend as the man with the curled white moustache. He believed in man’s equality so much, he said to me John was enough. That meant so much to a little man like me. He always hugged me whenever he saw me and that surely gave me the feeling of belonging to the Knights of Columbus that he loved so dearly.. Rest In Peace, John. For sure, you’re already in your reserved spot with our Lord in heaven. Our deepest condolences to his family and friends . God bless!