John graduated from Beaumont High School in 1955. John enrolled at Texas A&M where he was elected yell leader his freshman year. John left A&M to join the United States Army, where he was a military lifeguard on Military Beach in Honolulu, Hawaii. He received several commendations during his time in the Army and will have military honors at his memorial service. After leaving the army, John attended Lamar University in Beaumont where he attended business seminars and classes that laid the foundations for his successful career in business.  John was very driven in business, working at Dupont, Conoco, and Texaco before going into business for himself.  John moved to New Braunfels in the 1980’s and settled there making countless friends and had numerous business accomplishments.

John loved to play golf and was the president of a local golf association in New Braunfels and a member of many country clubs.  John enjoyed traveling and going on cruises with family and friends, traveling all over North America, Europe, and Asia.

John was a very kind, loving man who kept and touch with family and including many from high school, and one he has known since the third grade. John was an old-fashioned handshake type of guy that never met a stranger and will be missed greatly.

Memorial contributions may be made to the Humane Society of Southeast Texas, 2050 Spindletop Avenue, Beaumont, Texas 77705.

The family prefers for floral arrangements to be ordered through Carl Johnsen’s Florist, Beaumont.

A special thank you to his caregivers who gave him friendship love and excellent care for many years. Guadalupe Garcia and Laura Adams. A thank you for Sherri Ledecky for the loving friendship and business partnership that lasted for over thirty years.

A gathering of John’s family and friends will begin at 3:00 p.m., with his memorial service at 4:00 p.m., Sunday, December 19, 2021, at Broussard’s, 1605 North Major Drive, Beaumont. His committal was held at Broussard’s Crematorium, Beaumont. An inurnment will take place at a later date in the family plot at the Old City Cemetery, Jasper. 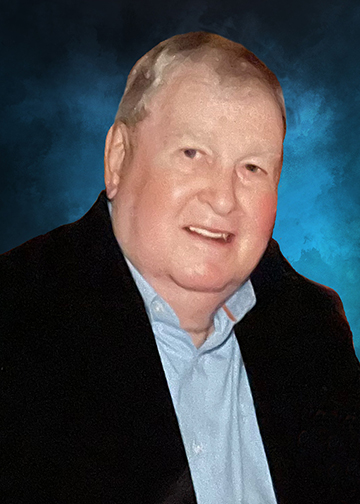 We are so sorry for your loss. Our prayers are with all of you. May he rest in peace.

My coach and inspiration as a new salesman with Texaco in 1971.