“Johnny” John Hascal Crenshaw, 71, of Brookeland, went to be with the Lord Wednesday, February 9, 2022. He was born December 16, 1950, in Port Arthur, to Ruth Mae Noble-Crenshaw and Hascal Franklin Crenshaw. Johnny was the youngest, with two older sisters Mary and Norma.

Johnny grew up in the house his dad built on the corner of Lincoln and Monroe in Groves. He enjoyed the neighborhood because there were probably 20 kids around their block, and they would play and make up some pretty good games. The games were all started or invented under the streetlight in his front yard. Per Johnny, “The most famous and original were Purse and Hubcap. These two were known all over Groves and Port Arthur but they started under that streetlight on the corner of Lincoln and Monroe.”

In his younger years Johnny enjoyed going to their family camp on Frog Pond. He would leave early in the morning with cut offs, no shoes and a pocket full of cookies and stay in the woods or on the lake all day long. He loved to fish on frog pond and knew every nook and cranny on that lake.

Johnny was baptized at Friendship Baptist Church when he was 11. His dad helped build their first Church and they attended there until he was 14, then started attending First Baptist Church in Groves. He was a member of the DeMolay’s as a young man and was a graduate of Port Neches – Groves HS class of 1970.

Johnny’s first marriage was to his high school sweetheart, Pamela Anderson on June 2, 1972. They had three daughters whom he adored, Shanna, Tonya and Leslie. He was a hardworking, devoted, loving father that instilled his life lessons in his girls. He showed his love through teaching everyone, especially his son-in-laws and grandkids his knowledge of how to build and fix things.

Per Johnny, his most important life lessons are,

Johnny’s hobbies were hunting, fishing, some golf, and carpentry. He learned his carpentry and handy man skills starting at a young age from his Uncle JG Crenshaw. Uncle JG sparked his love for carpentry which continued throughout his life as a side hobby.  Johnny started at Texaco Asphalt Plant in Port Neches on May 14, 1973 as an operator. He retired on September 30, 2010 from Motiva Enterprises but he didn’t really retire. He moved to the beach and continued to work and build things for people. The AARP Crew, which they liked to call themselves, did side jobs and remodeling for Sandy Shores and surrounding areas. Motto of the AARP Crew, “Once a Member Always a Member.”

On the inside cover of one of Johnny’s books is written, “You can’t put true love where it doesn’t exist… You can’t hide true love where it does exist.” Johnny met his true love, Pamala Davis, and they were married on September 26, 2005. Pam had two daughters Kendra and Kimberly whom Johnny loved as his own. Johnny and Pam lived at the beach for many years until deciding to move to the lake. They purchased their new home which they adored in April of 2021 in Brookland, Texas close to Lake Sam Rayburn. They were so excited to finally live the retired life with an added bonus of living so close to their dear friends Steve and Liz Gilchrist.

Johnny never failed to show the important people in his life exactly how he felt about them. He loved his five daughters, 11 grandchildren, and 1 great grandson with all his heart. Johnny followed the word of God…… Love the Lord your God with all your heart, soul, mind, and strength and love your neighbor as yourself. He always did anything he could to help a fellow friend, coworker, or acquaintance by giving his time, money, or possessions. The epitome of true self-sacrifice was seen by all who knew him.

Johnny is preceded in death by his father, mother, and sister Norma.

A gathering of Mr. Crenshaw’s family and friends will begin at 1:00 p.m., with his memorial service at 2:00 p.m., Sunday, February 20, 2022, at the Sevenne Hall at Broussard Farm, 10714 East Clubb Road, Beaumont, Texas 77705. Cremation arrangements for Mr. Crenshaw were handled through Broussard’s Crematorium, Beaumont, under the direction of Broussard’s, 505 North 12th Street, Nederland. 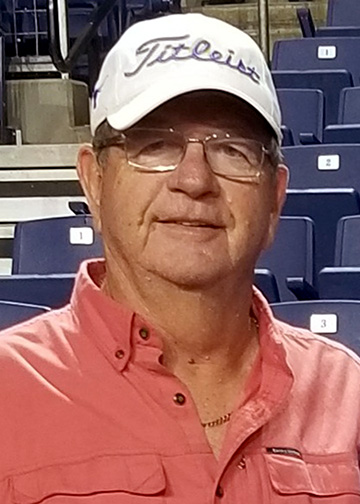 Our family lived next door to Johnny, Norma, and Mary from the time Johnny was born. He was the same age as my brother, Lester. They were as close as two brothers could be. Although we moved away when the boys were around 9 years old. Lester never forgot his “brother”. He is devastate at the loss as we all are. Johnny and his family will be in our prayers.

We are still in a disbelief that Pam & Johnny are gone!
We will never forget the years that we’ve known them especially all the years that Johnny was a hunter on our property in the Crabapple Community in Gillespie County.
He was always willing to help with little projects here on the hunting lease.
Our prayers of comfort will be ongoing for all their loved ones & their many friends.

Comforting Thoughts
From The Geistweidt Hunting Lease Family
We will be unable to attend the Memorial but our prayers will be with everyone.

I was so sorry to hear the shocking news of Johnny and Pam’s passing. As a neighbor from the block, I always thought of Johnny as my big brother. When I heard he and Pam were marrying, I thought what a GREAT match – the perfect team. My heart is broken for the families. Al & I will be praying for God’s peace to be with you all.

Knew johnny from the beach, great guy, would help you with anything.

,R.I.P. Johnny and Pam , our neighbors at the beach.
We are so sad to hear the news .

Johnny was a special friend…easy going, not overly excitable and fun to be around. Some of my favorite memories with him are – going to Frog Pond, fishing at the jetties and playing cards in our DeMolay card playing marathon. I was looking forward to seeing him more since I had recently retired and moved back to Texas. I’ll have to wait a little longer now. Rest in peace Johnny and Pam! I know a lot of hearts are broken at losing you two.

Dear Family & Friends, I earnestly Pray for your broken hearts with the passing of Johnny & Pam. May the Holy Spirit cover you today With Strength, Comfort & Peace in knowing Pam & Johnny are in heaven & You will see them again. 🌹

Johnny and I shared much more than a birthday. From elementary school through, hunting and fishing at and on Frog Pound, pushing his dad’s stepside pickup out of the driveway, popping the clutch, and driving down Lincoln towards “downtown” Groves, and DeMolays.
I will miss his drawl, dry wit, and sense of humor, but most of all his friendship.
Recovering from the flu I regret I will not be able to attend the memorial but Johnny and family will be in my thoughts and have already been in my prayers.