John “Big John” Fontenot, 39, of Call, died Sunday, May 17, 2020. He was born on August 16, 1980, in Eunice, Louisiana, to Linda Dianne Sanders and Johnny Maxwell Fontenot. John attended Oberlin High School. He was employed with United Plant Services as an operator.

Big John touched many people throughout his life, and never met a stranger.   He had a huge personality and the ability to make anyone smile or laugh. He was bull-headed and set in his ways, but under that tough exterior was a man with the biggest heart.  This was shown the most with his momma.  Anyone who knew him knew momma or about momma.  The love he had for her was extraordinary.  That in itself says a lot about the man he was.  Big John found his niche in life when he found his Brothers in B*EAST.  His passion for riding and brotherhood was brought together with this MC, and he lived life to the fullest.  He will be dearly missed and never forgotten with a hole left in the hearts of many.

He was preceded in death by his father, Johnny Fontenot and sister, Melissa Kay Therian.

His memorial service will be 11:00 a.m., Sunday May 24, 2020, at Vonnie’s Liquor/Sneaky Pete’s, 3780 Pure Atlantic Rd, Groves. Cremation arrangements for Mr. Fontenot were handled through Broussard’s Crematorium, under the direction of Broussard’s, 2000 McFaddin Avenue, Beaumont. 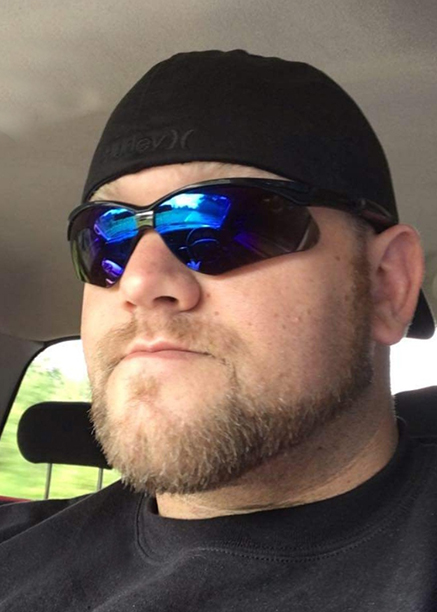 Fly high to the angles because you are one of them now.

Words will never be able to express how much John meant and still means to us. He will be greatly missed but definitely NEVER forgotten!

Go ride high my friend. You were my daughterâ€™s Angel long before you gained your wings. I canâ€™t thank you enough for the love and guidance you gave her and the kids. You will be dearly missed.

John Fly high my friend. Our pep talks will be missed. I will miss your encouragement and positivity over the years. You helped me thru some of the toughest times in my life and I am forever grateful. Iâ€™m blessed to have been able to call you â€œfriendâ€ RIP

I always enjoyed talking to him when I might see him at the dealership, the world has an empty space now where he once filled it.

We here at the HOG Chapter #4974 and my personal family had the pleasure of him being apart of us on May 11 7pm And the B*EAST FAMILY as we know God had a plan and he makes no mistakes Earth has no sorrow that Heaven can not heal rest easy my friend. Rev Jordan and family

I first met John Paul through his Uncle Billy who was more like a big brother to him. John Paul and Billy enjoyed riding together. JP was one of the good guys. I know he will be sorely missed and I am so very sorry for their loss.

No matter what was going on, Big John always welcomed you in like a brother. He was so big I could feel my ribs crack when he would give me those big hugs. Loved him very much. See you at home brother.

My son was a lifesaver. What ever I need he was there. What ever I called he answered. When ever I hurt he took care of me. No one besides my daughter ever loved me so much. My world where my kids and they gave me more joy than all the money in the world. I pray to God that each and every parent has what I had. It give me comfort for the lonely days ahead. In the end all we ever need is Love. God Bless us all! Your Momma.