John Henry Coleman, Jr. was a beloved father, son, brother, and husband was born June 11, 1934, in Woodville, Texas, the son of Alma Jane Coleman and John Henry Coleman, Sr. He passed away on June 1, 2022; 11 months and 21 days after the passing of the light of his life and high school sweetheart, Carolyn whom he missed greatly.

John graduated from Silsbee High School where he played sports and made many life-long friends that he kept in touch with his entire life. Soon after he graduated, he enlisted in the Army. He then was employed as an accountant at DuPont Beaumont Works that would take him all the way to his retirement.  For many years, he was a member of a bowling league that played on Thursdays at the old Gateway Bowling Lanes on Stagg drive. Playing golf with his buddies was something he looked forward to until he was no longer able to play.

A lifetime Baptist, he was a long-time member at North End Baptist Church in Beaumont.

John was also preceded in death by his sisters, Jo Coleman Hedge and Margaret “Margie” Spurlock.

John wanted his family and friends to know this: “I’LL BE SEEING YOU!” 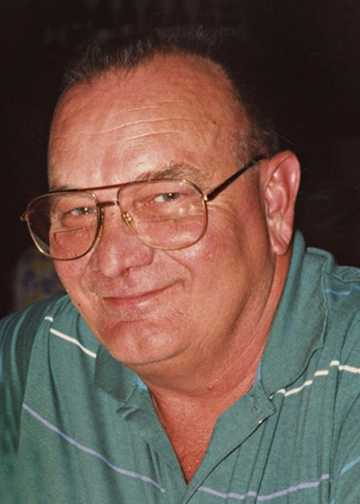 Prayers to Vicki and Kay. May they be comforted, and may John rest in peace with Carolyn in heaven.

So sorry for the loss of your father, my God bring all of you peace and comfort in the days ahead. Love to all.

Vickie, Kay and Family our sincere condolences to you all. John will be greatly missed. You all are in our thoughts and prayers, may God bless and keep you all always, we Love You All!