He was a 1954 Graduate of China High School where he excelled in sports playing on the football and basketball team. In July of 1954, he enlisted into the United States Army under Battery D 35th AAA as a gun crewman. He received the National Defense Service Medal for good conduct.  John had a long successful career, as a truck driver which started with Red Ball Motor Freight, Yellow Freight Truckline, continued with Falstaff, then Del Pappa Distributing which he retired from after over 25 years of service. Throughout  his career he received many awards for excellence and safety.  He enjoyed drinking beer with his close friends and family while reminiscing of the old days. He enjoyed Sunday drives while listening to music from the 50’s.

A graveside service for Mr. Kibodeaux will be at 3:00 p.m., Sunday, September 5, 2021, at China Cemetery, China, under the direction of Broussard’s, 1605 North Major Drive, Beaumont.

In lieu of flowers please feel free to make a donation to a charity of your choice or to Heart to Heart Hospice, 550 Fannin Street Suite 1200, Beaumont, Texas 77701. 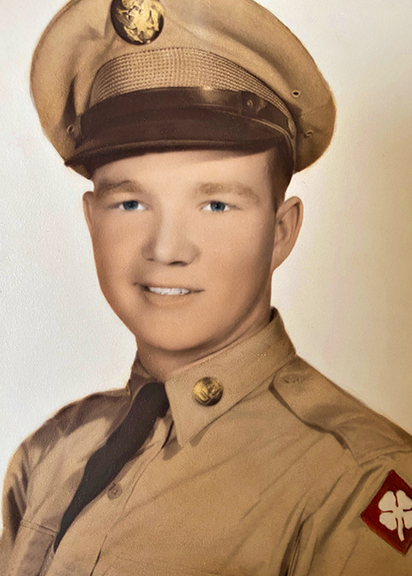 John and I were friends since the second grade. After high school we went in very different ways, but for more than eighty years we sustained our friendship, which included frequent get-togethers in Houston, Beaumont, and in Ohio.

We shared a lot of life; I doubt if many brothers were much closer. I truly loved him, as I know he did me, as well as my wife JoAnn and our daughter Rachel. They share my grief.

So sorry for your loss . Our thoughts and prayers are with you and your family.

Zynetta
I’m so sorry for the loss of your dad. It was a great man and held a special place in my heart. You and your family are in my family’s thoughts and prayers.
Sarah, Nick and Blakely Cioci