John Rozier Cannon, 83, a retired internationally acclaimed mathematician, private pilot, Eagle Scout, and amateur astronomer and historian, died Monday, March 15, 2021 in Orlando, Florida. He is survived by his beloved wife of more than 60 years, Joyce, his daughter Carolyn and her husband, Michael McCullough, and their children, his daughter Carrie, and his son Paul. He is also survived by his sister, Diane Cannon Latham, numerous nieces and nephews, and the beloved children and grandchildren of his collaborator and friend, Dave Filmer.

John was born on February 3, 1938 in McAlester, Oklahoma to Dennis Oller Cannon and Margaret Porter Cannon. He graduated in 1955 from Thomas Jefferson High School in Port Arthur, Texas. Before graduating, and before obtaining his Driver License, John obtained his Private Pilot License with the help of his older brother, Dennis Porter Cannon, deceased in 2011. John subsequently attended Lamar State College of Technology in Beaumont, Texas, where he served as president of the Math Club, and met the Math Club vice-president, his future wife, Joyce Richards. After graduating in 1958 with honors from Lamar, John completed a PhD in mathematics in 1962 at Rice University specializing in partial differential equations, particularly, the heat equation.

In 1964, John trained in Genoa, Italy as a NATO postdoctoral fellow, the first of several intermittent years in Italy collaborating with mathematicians who became life-long friends. He eventually learned the language well enough to attempt a technical talk in Italian. John then served as faculty in the Math Department at the University of Minnesota in Minneapolis for two years occasionally flying his private plane back to Texas with his family to visit relatives and flying surprised and delighted academic dignitaries to other states for dinners. John moved next to West Lafayette, Indiana, where he developed a collaboration and friendship with Dave Filmer, a biophysicist at Purdue University. During his tenure at Purdue, John achieved the academic rank of full Professor of Mathematics and Biology at the age of 28 to become the youngest full Professor in the history of the university. In 1969, John moved his family back to Texas and served for many years as faculty in the Math Department at the University of Texas at Austin. Based on his expertise with the heat equation, John developed a novel method for predicting the core temperature of a bar of molten steel, through experiments with thermistors, metal blocks and blow torches that also produced a series of interesting, inadvertent, metal sculptures in his garage. That same garage also housed the telescope that he had helped to construct with an astronomy professor in college. In 1981, John joined the faculty at Washington State University in Pullman. He next served as the Chief Officer in mathematical sciences at the Office of Naval Research, before returning to his alma mater to serve as the Chair of the Mathematics Department at Lamar University from 1988 through 1993. John then moved to Orlando in 1993 and served as Chairman of the Math Department at the University of Central Florida from 1995 through 2000. In 1998, John’s former trainees hosted a special Math Conference in Pullman, Washington in honor of his 60th birthday, and in 2003, published a paper describing John’s work. In his retirement, John accelerated his already prodigious reading focused primarily on military history. The home that he has shared with Joyce accommodates a library of over 600 volumes.

John will be greatly missed.

Memorial contributions can be made Tiger Creek Animal Sanctuary, 17552 FM14, Tyler, Texas 75706 or online at tigercreek.org/donate/.

A funeral service for Mr. Cannon will be 2:00 p.m., Saturday, April 17, 2021, at Broussard’s, 2000 McFaddin Avenue, Beaumont with his interment to follow at Forest Lawn Memorial Park, Beaumont. 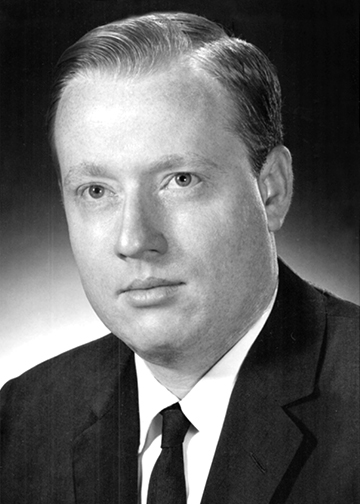 It’s so sad to hear about the loss of such a great mathematician and a pleasant person. John was my PhD advisor at UCF. We had long chats about many things. He had a great sense of humor. We will miss you John.

I just saw the obituary for John. He was my advisor at Washington State. He had a huge impact on the direction I took when I left Pullman. He helped me become a better mathematician and instructor. I also have a couple great stories about John making sure I knew my place in the world. He was tough, but always willing to help.

John was a good father-in-law. We spent a lot or time together in many different cities, like Ottawa Canada or Washington DC, when he and Joyce would show up to locations where my wife, Dr Carolyn Cannon, was presenting at medical conferences. John was an avid amateur historian and it was fun in Carolyn and my travels looking for books of historical significance for him to read. He will be missed.

It is a heartbreaking new to me to hear that John passed away. I first know John when I was a graduate student at Peking University. It was my hope to pursuit my Ph. D under his guidance.. I contacted him and received a quick response. It was my best decision to choose him as my advisor. He is such a kind and nice person to me. During my challenging time in my career, he always encouraged me and provided helps whatever he could. John's mathematical accomplishment is outstanding. . From now on, I lost a dear friend and advisor, and the mathematical community lost a star.. With my deepest condolence.

So sorry to hear of your family’s loss. Sending my sympathy and prayers during this difficult time.

I am so sorry for your loss. Dr Cannon was my math professor at Lamar University, and head of the committee when I received my Master’s Degree. He was awesome, and will be greatly missed..

John and I go way back. I wish I could have sent him a note before he died, but I did not know that he was in the hospital. John and I were great friends and collaborators on a number of math papers. I miss him and will always treasure the many memories of our good times together. My sincere sympathy to Joyce and the whole family. 3-30-2021

John was like a Grandfather to me. I will always cherish the memories I have of him and the stories he would tell me about the rocket program. My absolute favorite was when I traveled out to Florida to visit the Cannons and we went to Kennedy Space Center and a couple days later followed that up baby watching one of the final Space Shuttle launches. He was a very bright man and he will be missed.

John and I were graduate students at Rice at the same time, both studying under the supervision of Jim Douglas, Jr. Our wives became close friends, and delivered baby daughters at similar times. Joyce and Beverly were definitely the prime movers in our friendship! Glorious times in our youthful days! All thanks and praise to our risen Lord (I write this on Easter Day 2021)! I love you, Joyce!

I first met Mr Cannon and his family while visiting Orlando for the first time, in 2004. I remember him, specially for his great sense of humor and for the warm welcome to their home, we had a good time together. Mr Cannon was a good and God-fearing man, who I learned to love and respect through these years. He will definitely be missed greatly. I am sure he is with the Lord right now. May God bless and comfort his family and friends.

John loved to read Westerns. I think they provided a sense of adventure to him. In later years he taught at the University of Central Florida and taught undergrads. I wonder what it is like to have advanced understanding of mathematics and a passion for it, and watch undergrads seem to take it or leave it. I know John wanted to share everything he could to the young people, but he also knew the value of discipline. Math is forgiving because you can do the problem over. It is unforgiving because it comes up with an answer to the equation. Life was like that for John too I believe. I did not know the extent of what he understood, but I always knew there was more potential there. I hope we all can learn from his example and pursue excellence. He has three brilliant children who all have achieved a great deal, and they have vast potential to go along with their accomplishments. He and Joyce's granddaughter is quite accomplished in her own right on the national stage. If John were still with his, he would provide us with a jolly laugh, a smile, and a twinkle in his eye. Kirk Gould Scottsdale, Arizona

To Dad, I will always remember you and I will never forget the time I have spent in Florida. It was my pleasure to cook and serve delicious dinner for you and for everybody that night. I may not be around but you and Mom are always in my heart. Thank you for being part of my life. I enjoyed watching fireworks when we went to Washington, DC with you and Mom! It was a lot of walking but worth it! ❤️ To Mom, I remember the time when you thank me for being me when you visited us in Maryland. The gifts that you sent, the clothes, they were really nice, and you seems to know they’ll fit me :-) . I love the way you dressed up and how fashionable you are with your outfit. And I love that kinda orange lipstick you wear, it looks good on you. I will always and you are always in my heart Mom even though I’m not around ❤️ To Sue, Thank you Sue! It was my pleasure to cut your hair, and I’m glad you like it. I’m sorry I didn’t make it to the Funeral and thank you for the invitation. You’ve been so nice to me all along, and I wanna thank you for everything when you were there when I was struggling with my marriage. All of you are always in my heart and grateful to have you all in my life. Always been, even though I’m not around, but in my heart all of you are still there and keeping the good memories. ❤️