Johnny Leo Crochet, Jr., 78, of Nederland, died Tuesday, March 23, 2021, at St. Joseph’s Medical Center, Houston. He was born January 16, 1943, in Port Arthur, to Gloria and Johnny Crochet, Sr. Johnny was a United States veteran having served during the Vietnam War.

Johnny loved God, his country, his family and his friends.

He proudly served in the United States Army from 1966 to 1969. He always had a story to tell about his time in Hawaii and his time spent in Vietnam. He supported many veteran charities because of his love for his brothers-in-arms.

Johnny loved his wife of fifty-seven years deeply and affectionately called her “Babe.” He had a passion for fishing and hunting and taught both of his sons how to fish and hunt. He nicknamed them both “Hot Rod”, coached them in soccer, taught them the value of hard work, and was their peacemaker when they did not see eye to eye. Johnny adored his three grandkids, who referred to him as “Goofy”, and he bragged on them constantly. He loved the Houston Astros and attended games with two of his grandkids, Sky and Shayden. He enjoyed telling his granddaughter, Allyson, all sorts of jokes and stories. He and his daughters-in-law, Michelle and Brandi, also had special bonds. Michelle called him “Kemosabe” and he always responded by calling her “Pocahontas.” Brandi was his “Angel” and he was incredibly grateful for everything she did for him. He loved his dad’s brother, Russel “Uncle Boo”, and referred to him as his favorite. He cherished and was loyal to his friends which led to many lifelong friendships. Johnny was an avid collector of everything from knives, coins, records, and replica memorabilia. He loved Elvis, The Beatles, and all sorts of music from oldies rock to oldies country.

Johnny is preceded in death by his parents, and sisters, Jonelle James and Patsy Davis. 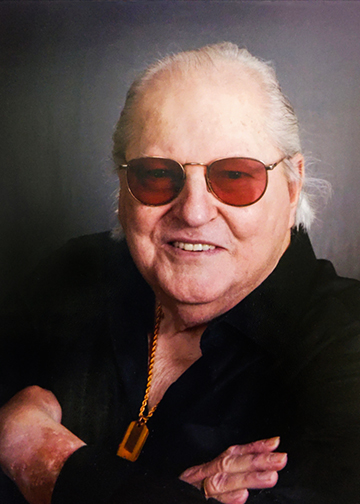 Sorry to here about Jonny May God wrap his arms around you durning this difficult time. Paul & Peggy Gomez

Shelton & Sherman, I’m so sorry for your loss. I know how much y’all loved your Dad. Prayers for peace.

I pray for my friends who have lost their precious daddy. May the peace of God give you rest in knowing death is not the end...