Joe was proud of being of Italian heritage, but also proud to be an Irishman for one day a year. He graduated from Beaumont High School in 1949 where he played football and baseball. Upon graduating from High School, he enlisted in the United States Air Force and was a Military Police officer in the Strategic Air Command. Joe was proud to serve his country for four years. He attended Lamar Tech, now Lamar University, under the GI Bill.

Joe was a member of St. Jude Thaddeus Catholic Church. He worked for Mobil Oil Corporation for thirty-four years until he retired in 1987. Joe was active in West End Little League and Boy Scouts of America, and he enjoyed serving his community by volunteering at St. Elizabeth Hospital. He loved the game of golf and enjoyed playing the game most of his adult life.

The family would like to extend a special thank you to all of the Staff at Christus Spohn, St. Elizabeth Hospital, especially his nurses, Ashley and David.

In lieu of flowers, memorial contributions for Mr. Coco may be made to Salvation Army of Beaumont, 2350 IH-10 East, Beaumont, Texas 77703.

Private Family services are planned under the direction of Broussard’s, 2000 McFaddin Avenue, Beaumont. 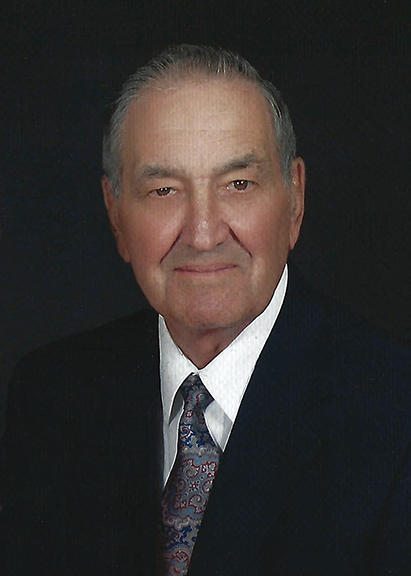 So very sorry to hear of my cousin Joe's passing. He was the last of my dad's oldest sister's children.. He was always so loving toward me growing up. My prayers are with family at this sad time.

My deepest sympathy to the family. He was a fine man .

Joe hired me into Mobil Oil Refinery in 1979 and I always called him my Godfather, Lol.! I have always looked up to this man and respected him. Rest In Peace Joe you will be missed.

I'm privileged and honored to have known you, Rest in peace my friend,. Gains.

A great friend and mentor. Rest In Peace

Joe was a valued volunteer at St. E and a dear friend. He was always so positive and such a gentleman. May his family find comfort in the thoughts and prayers of friends and wonderful memories. Mary Beth Cloninger, former Director of Volunteer Services at St. Elizabeth/CHRISTUS Hospital

In April I establishished contact with Joe after more than 15 years with the help of Chris Coco his nephew. Chris gave me his phone number and we had a conversation that lasted over an hour in which we recalled a lot of events that took place since we met in 1939, when I moved to Orange Street one block from Ogden Elementary 3rd grade. My father called our group of friends the Orange Street Gang. Which consisted of Joe Coco, his older brother Russell Coco, Johnny Lewis and his brother Jimmy Lewis, my brother David Medwedeff and myself. On the Ogden school playground we would organize teams for touch football, softball and basketball during weekends and summertime. We were very close friends throughout our youth but lost contact when we began our careers which separated us due to military service and college under GI bill, marriages and raising a family. But we always renewed our friendship during Christmas and major holidays. I introduced Joe to golf when I joined him at Mobil Oil Refinery in 1961. We were very competitive in sports and finally in golf. During our last conversation in April Joe and I reminisced many of the events in which members of the Orange Street Gang participated, including Golden Gloves during the years 1946 and 1947. Joe was so happy about our reconnection and we both planned to get together after this pandemic which I learned from Chris Coco he contracted just recently. Joe was a good person and friend. I grieve with his relatives at his sudden passing. I look forward to the end of this pandemic which separates all of us from direct contact.

Joe was a lifelong good friend. He always was jolly and loved to visit about Beaumont in the 40's until his passing. May His soul and all the souls of the faithfully departed, REST-IN-PEACE< AMEN

He was such a friendly man and always had a smile on his face. I know he will be missed by so many! Our prayers are with the family for peace and comfort.

The video said it allâ€¦ its all about family. Thinking about Papa without Nana is impossible. There lives together defined everyone they touched. They will always be part of my life and the example they set. To say that I miss them would not accurately describe the emotions behind my feelings. So instead of say goodbye, I will say until we see each other again! Love you Papaâ€¦ Love you Nana!

I met Mr. Joe at Tia Juanita's in Beaumont, TX. Every single time he walked in the door and made eye contact with me he would smile and shake my hand and give me a hug. I truly looked forward to his every visit. He told me one time I was family to him. I will miss Me. Joe and hope he fly's high with God and knows he mad a great impact on my life. Love you and will miss you Mr. Joe

He was a good man I enjoyed his company he really cut for me I'm hurting now.