Josue Paches Padrones, 78, of Beaumont, died Saturday, November 6, 2021, at Baptist Hospital of Southeast Texas, Beaumont. He was born on May 3, 1943, to Kristita Paches Padrones and Anaclito Padrones, in Batu, Passi, Philippines.

He earned his Bachelor of Laws degree from University of San Agustin in 1969 and passed his BAR examination in 1970. He started his public service as a Police Lieutenant in his hometown of Passi, Iloilo Philippines. Then became a Private Secretary of the Provincial Board, and an Officer In charge of the office of the Governor. Eventually became the City Attorney and a practicing lawyer. In1982-1986, he was elected as (unopposed) Vice Mayor of Passi, Iloilo.  After his term, he continued his practice as  a lawyer. In 1988, he decided to migrate in the US with his family, where he was first employed by Mehaffy- Weber and Metropolitan Life Insurance Co. here in Beaumont,TX.  Eventually hired at TX Dept. of Criminal Justice as Correctional officer at Mark Stiles Unit and later transitioned as a Parole Officer. After his retirement, he continued to serve as a case manager for  Banum, a halfway house placement till 2011. Josue loves to read legal articles,  and collect  about politics and religious books, he was a devoted parishioner of St. Jude Catholic Church and an integral part of helping his Filipino community.

Survivors include his wife, Loida Padrones; son, Johanne Padrones and his wife, Joyce, of American Canyon, California; sister, Trinidad Padrones and brother, Aquilles Padrones, both in the Philippines; grandchildren, Jed Padrones and Justin Padrones; and nieces and nephews. 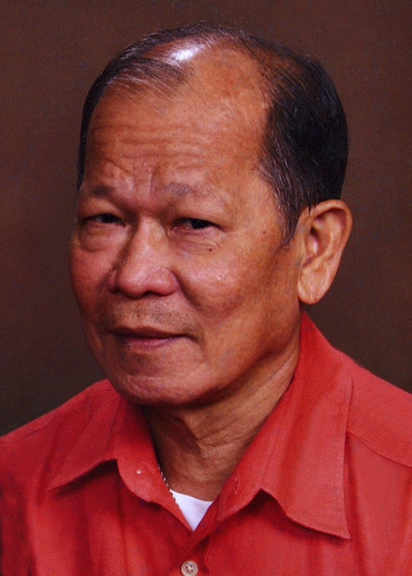