Judie was born in Wichita, Kansas before moving with her Parents Virginia and Kay Brown and Sister Jenelle to Beaumont, Texas where was she became a proud alumni of Forest Park high school before attending Lamar University.

Throughout Judie’s life, she was married to the love of her life and late husband Tommy Landry. She worked at Gulf States Utilities, Weller Green, and Toups and Terrel law firm where she put her hard work and passion into everything that she did. Judie and Tommy were known for their love of the University of Texas and were avid supporters and spent as much time in the outdoors as possible. They loved spending time on Rattlesnake Island on Lake Sam Rayburn and riding and enjoying the Guadalupe river.

Judie’s memory is survived by her parents, Arthur Kay and Virginia Brown; daughter and son-in-law, Tarrah and Robert Plair; her two granddaughters that forever glowed bright in her mind Kayley Ellen and Isabelle Grace Plair. As well and her sister and brother-in-law, Jenelle and Juan Lozano. 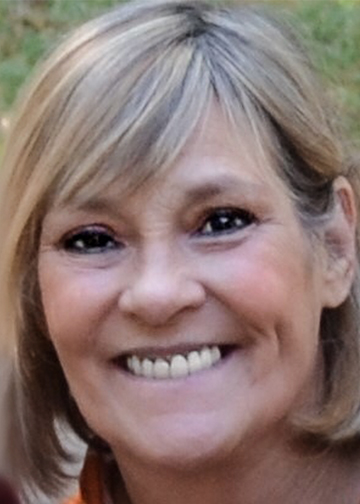 Our hearts are breaking over the loss of your sister Judie. Our thoughts and prayers go out to you and your family Jennelle and Juan. May you find peace and comfort in God’s loving arms. Peace be with you, Barbie and Ian

Tarrah, Virginia and AK, We are so sorry to hear about Judie. She was a fun and sweet person to be around. Tarrah we have such good memories of you and Amy! God is with all of you.

With greatest sympathy to family and friends. God Bless

Virginia, Kay and family, Tears cloud my vision as I can only imagine the pain you feel with the loss of Judi. Only through the grace of Our loving God can you feel peace. Knowing she is no longer suffering. You have my sincere thoughts and prayers.

Our thoughts and prayers are with you Uncle Kay and Aunt Ginny along with Tara , Janelle and family. May you find strength, love and peace . We love you. Jean H . and Milise R.

Virginia & Kay, My thoughts and prayers are with you and TK and those beautiful great granddaughters and all who are mourning the loss of Judi! You guys are the most loving parents I know. She was so blessed to have you both and you to have her! love you both!

My deepest sympathy for your loss. You are in my thoughts and prayers.