Justin Roy Plake 33, of Fannett, Texas, passed away on his birthday, March 25, 2021, at his home surrounded by his mom and brothers.

Justin suffered from seizures his entire life beginning with his first one before the age of one. He learned to adapt and live with this illness with the help of medical treatment. Although having the proper medications, he was still prone to suffer from this condition.

He later moved on and began his career working in the warehouse as a Fork Truck Operator for ICO Polymer. Due to his illness he was no longer able to continue his employment for the company. From then on, his new career path led him to work for his brother Chad at TRANSMAT Construction alongside his other brother Colby.

Justin loved the Texas Hill Country and would go there and spend time with his brothers in a place that was near and dear to his heart, Llano, Texas. It was here where he spent time on the ranch working deer feeders, hunting and shooting guns for target practice. Llano, Texas along with his brothers and a few personal friends inspired him to be a part of something bigger than all of us. It was there where he became a volunteer member of the Llano Crawfish Open where he volunteered himself and his time to help cook and serve the people of the surrounding communities while helping raise funds that funded and served many other charitable organizations. It was a lot of work mixed with a lot of fun and Justin embraced every moment.

Justin not only loved volunteering and contributing to whatever cause in which he was needed, he also loved people and always looked for their acceptance. He was also giver and a caretaker and helped take care of his Dad’s needs during his final months and days. Justin served with a heart of gold and never asked for anything in return. He was truly an Angel that walked amongst us.

He is survived by his mother, Sharon Plake; brothers, Colby Plake and Chad Plake and his wife, Ginger Plake; and niece, Meghan Plake.

Justin is preceded in death by his father, Roy Dale Plake.

A gathering of Justin’s family and friends will begin at 3:00 p.m., with his funeral service to follow at 4:00 p.m., Thursday, April 1, 2021, at Broussard’s Crematorium, 5150 Stivers Drive, Beaumont, under the direction of Broussard’s, 1605 North Major Drive, Beaumont. 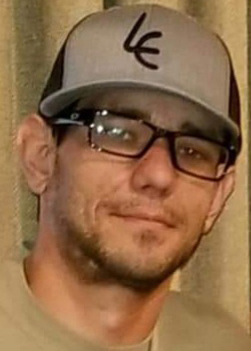 I did not have the pleasure of knowing Justin. But in reading this loving tribute it is obvious that Justin was such a beautiful kind soul. This world's loss has become Heaven's gain. My sincerest condolences and prayers for Chad Plake and Family.

We were very sorry about Justin's passing. We have great memories of Justin. I remember him at the beach and his helping me when I was taking care of Granny and PawPaw's property.

Wished there were words for your family right now. We all know the Justin will be missed so much. Justin was such a kind heart and a big part of our lives. Our prayers and thoughts are with you all. Love you all.

Prayers to the family.

Sharon, You and Chad and Colby are in my prayers! I remember the cute little boy Justin that I met through his classmate and friend, my daughter-Ashley. He was such a sweet child. I remember how overnight he was taller than us all. He traveled with me to see Ashley graduate in Belton, Tx. He made the five hour trip more fun. Sometimes when Ashley would come home to visit, Justin would show up at the house to say "Hi" to her and her family. My gosh, he will be missed. I pray for you to have peace that surpasses understanding. Let each precious memory bring you comfort.

Many miles separate our families, but not our love. Justin was a kind person who was always smiling.. A gentle giant with a wonderful heart. Ready to help anyone in need. Death may have taken him away from us, but it can never take away our memories. He will always be in our hearts. We know that God has one more Angel. May God comfort you Sharon Kaye, Chad and Colby. We love you and you are in our prayers. Mary, Dottie, Bill, Mike, Liz, Donna and families