Karen Joyce Muraida Soares, 77, of Beaumont, died peacefully in her sleep at home on Wednesday, July 27, 2022, after a valiant battle with cancer.

She was born October 28, 1944, in Gary, Indiana, to Cy and Billie Muraida. She moved to Beaumont in 1976 with her three children. She met and married Victor Soares in 1981, blending a raucous family of five children. She worked as an awesome secretary for 40 years, often “mothering” her bosses and coworkers. She retired in 2000 and jumped right into Church and community service throughout SE Texas.

Karen had a true servant’s heart. She was a force of nature, often referred to as the “Energizer Bunny.” She immersed herself in St. Jude Thaddeus and other Church Ministries including Pro-Life, Widowed and Divorced Support Group, Remarriage Ministry, Bereavement, Nursing Home, Women of Jude, Lamar University Catholic Student Center, St. Joseph’s Altar, and ACTS (Momma Martha). She continued her service through other groups and organizations such as Beaumont Rainbow Room, Right to Life of Southeast Texas, Alzheimer’s Association, Matityahu Homeless Ministry, and Beta Sigma Phi. She also enjoyed good times with her Sorority Sisters, Bunko Babes and Red Hat Society. Though her favorite place to be was at home, she traveled to England, Portugal, Greece, Germany, and Jamaica, and enjoyed cruises, visits, and reunions with her and Victor’s families. She loved her family and friends with her whole heart and was a second mother, Aunt Karen, Godmother, and GiGi to many. She never met a stranger and if you ever went anywhere with her, you were prepared to stop every few minutes so she could visit with one of the many people who knew her. She will forever be remembered for her faith, loving unconditionally, always being present, giving the best hugs, sharing the best Facebook posts, and her legacy of service above self.

A gathering of Karen’s family and friends will begin at 10:00 a.m., with a Memorial Mass to follow at 11:00 a.m., Friday, August 5, 2022, at St. Jude Thaddeus Catholic Church, 6825 Gladys Avenue, Beaumont. Her cremation arrangements were handled through Broussard’s Crematorium under the direction of Broussard’s, 1605 North Major Drive, Beaumont. 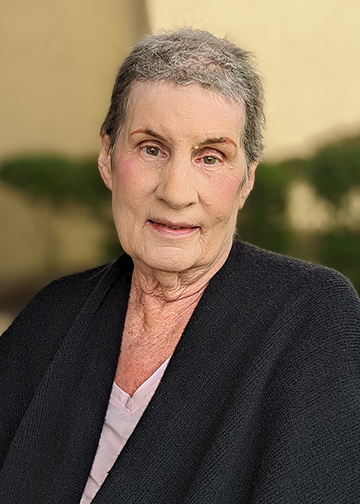 Just saw this as computer has been down. So sorry she was a really great lady.

karen will be missed by everyone including me. i knew from my years at starship hallmark. as a neighbor. also from the many organizations she contributed her time to including the st anthony st joseph altar & the alzhiemer’s association.

every morning i would walk the neighborhood. by route passed her house. i could always tell it was a happy home since most of the time i would see cars on the street & she was entertaining friends. plus at christmas there all the painted wood stockings with the names of all the family she loved.

most of all i will miss her hugs. there was nothing more genuine & made you feel special than a karen hug.

love & prayers for vic & all his family.

God Bless your family with Peace in this time of loss. Karen was a Truly Amazing caring Beautiful Woman and was loved by ALL. We truly don’t know how many it will take to fill her shoes but I know she has God working on it. Loved her bunches, Geneva

My deepest condolences to Karen’s family. I was deeply honored to know her as the wonderful, faithful & giving person she was.
My thoughts & prayers to all,
Shayne King

Heaven has gained a wonderful angel. Karen’s smile and cheerful personality will be greatly missed so many. Sincere condolences to her family. May all your wonderful memories of Karen bring you comfort and peace.

Vic, there aren’t words that can express the loss our Right to Life of Southeast Texas group will feel without our Karen to hold us all up. I realize that we are just one of many such ‘teams’ that now have an unfillable chair in our meeting space. May the Spirit hold you up an this difficult time.

Victor & Family, So sorry to hear that precious Karen has passed away. I always admired her for all the contributions she made to our community and with such a kind & caring heart to everyone she came in contact with. May all your wonderful memories live forever in your hearts. God Bless you & family, Mary

Karen truly has a servants heart and was ready to help anyone at any time. She will be missed.

Vic and family, our thoughts and prayers are with you all. We were so blessed God placed Karen in our life. She was a true servant leader. We enjoyed our Right to Life Meetings with her and how welcoming she and Vic at the Christmas gatherings. Wonderful memories. Karen will truly be missed but she will be in our heart.

Hey Victor, Barbara And I are so sorry for your loss of your dear wife Karen you are in our prayers And for the repose of Karen’s soul, God bless you and give you strength through all of this. Your friends Barbara and Ray Courville

Sweet Karen! Never knew a stranger! Always greeted me with a hug! So selfless! A wonderful servant of the Lord! A living angel on earth! I know she is with the angels in heaven now! She will be sorely missed at St Jude’s! And by her sorority! And by her family, friends and by the community! Karen was a very special one of a kind lady and a true friend! Prayers to Vic and her family. Much love, Mary Pat

Cindy, Paige and Family,
So sorry for your loss. There was never a more kind, loving person than Karen. She never said an unkind word about anyone. She was such a devout Christian. The ones we love are never gone, they live in your heart. Love and prayers for all of you.

Mrs. Soares was a pleasure to have as a patient. She was definitely one of a kind and will be greatly missed. My time spent with her will always be treasured. Prayers for the family.

So sorry for the loss of Karen, she is going to be missed.. we had great memories at our Tripoli games. Sending prayers for you and your family

Vic,
We are so sorry for your loss. May Karen rest in the arms of Angels.
Andy, Joi, Ross, and Chris D’Entremont

Vic & family We’re so sorry for the loss of your beloved karen We can’t imagine how hard this is for you, Vic
We send prayers for peace & comfort to you & your family You & your family are in our prayers The Skelton’s

Vic, my prayerful condolences goes out to you and your family. I’ll always will remember Karen’s kind and loving spirit. She was a go getter, devoted to her family and friends, her church, and her community. May her soul and all the souls of the faithful departed rest in our Almighty God’s Heavenly Peace.❤️