Kathye obtained her Master’s degree in Criminal Justice from Sam Houston University in Huntsville, Texas. She worked as an adult parole officer for Brazos County and Orange County. She ended her career as a Juvenile Probation Officer for Orange County.

Once she retired, she pursued her interest in the Bible (probably instilled in her pretty early by her Lutheran minister father) by becoming a leader in a Bible study program offered at a local church.  Her other interests included reading, traveling and crafting.

Kathye had a wonderful sense of humor and she made friends of everyone she met. If you asked anyone who knew her, the first thing they would say is that she was so much fun to be around. Those of us who became long-term friends considered her one of, if not our best friend.

The most important thing of all, Kathye loved her family.  She and Alan shared twenty-five wonderful years together.  She could, and would, talk with her daughters about everything.  Her grandchildren were her pride and joy.

She is preceded in death by her father, Myron Hoff.

A gathering of Mrs. Davis’ family and friends will begin at 10:00 a.m., with her memorial service at 11:00 a.m., Thursday, March 10, 2022, at Wesley United Methodist Church, 3810 North Major Drive, Beaumont. Her cremation arrangements will be handled through Broussard’s Crematorium, under the direction of Broussard’s, 505 North 12th Street, Nederland.

Memorial contributions in memory of Kathye may be made to Bible Study Fellowship, Global Headquarters, 19001 Huebner Road, San Antonio, Texas 78258-4019 or by visiting bsfinternational.org. 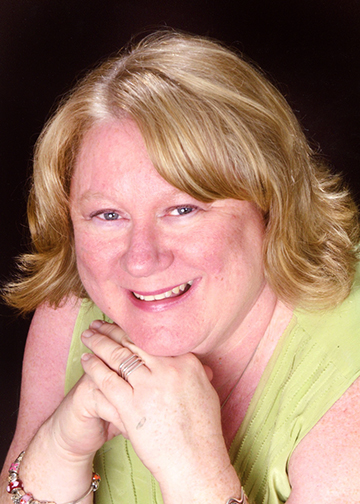 I’ve only known Kathye for about 5 years, but she made a lasting impression on my life. She was my BSF leader one year & I could tell how much she loved God & His people. She was fun to talk to & be with and I will miss seeing her. She was definitely a happy person! How appropriate was the ending song at her Memorial service “Happy”. I will always smile when I think of her.

It is hard to believe 37 years have passed since you charged into my life only the way you could do, teaching me about life with so much confidence and joy! I already miss you. Over the years you have been my friend, my sounding board, my running buddy and so much more. You loved life (and flowers) so much and I will never forget you or all that we’ve shared over the years. You’re gone way too early but I know you are resting in the arms of Jesus.

I met Kathye when she was my son’s probation officer. This was a very traumatic one in my life and also in my son’s life. He lost his dad not long after he got into trouble and Kathye not only made him tow the line but also was there for me through everything. My son absolutely loved her and was devastated to hear that she had passed away. She actually came to one of his football games and was on the field with us. What an amazing woman. I’m so thankful that I was blessed to have known such a spectacular lady.

I, like several others who have shared thoughts, went to high school with Kathye. We weren’t necessarily close back then, but had become better acquainted in the last decade+ as Kathye worked in Orange County and I lived in Orange County. After retiring from a 35+ year journalism career, I also helped my husband with our business, which Kathye visited several times. Kathye was a bright light, extinguished way too soon. Her passing has left a gap in the lives of many, who may be sad, but probably can’t help smiling when they think of her. Rest In Peace sweet sister. You made a difference in the world.

We met at her mother’s house when Doris lived in The Woodlands. I knew immediately Kathleen was a sincere kind lady and full of joy and expectation of our Lord and Savior. Sorry for the family’s sorrow.

As a co-worker of Alan’s, I am saddened to hear of his loss. Sending much love and prayers for the family.

I was blessed to have met Kathye at LIT when she taught a sociology course that I had enrolled in. She was a phenomenal woman and one of the sweetest people I have ever met! My heart is truly broken that she is gone so soon! Rest in Peace Kathye!
To the family… My thoughts and prayers are with you!

I was blessed to have Kathye as small group leader at BSF for two years. She was always so full of life and so full of love for our Lord. We enjoyed the privilege of sharing our lives and our thoughts and prayers. Kathye will be missed. My condolences to Alan, Doris and Erin. So thankful to know that we will see her again one day in heaven with our Savior and Lord, Jesus Christ.

Kathye and I chatted mostly in her front lawn now and then catching up on our lives as well as on our neighbors. She was a very pleasant person. I will miss her lively spark and so will The Neighborhood. Deepest Sympathy to Alan, Erin, Elizabeth, Doris, Steve, Lisa, the grandchildren and friends. Hugs to All, Lisa Firmin (neighbor)

I worked with Kathye at Parole years ago. We stayed in touch after she left for probation. After her retirement and mine we would meet for lunch and have the occasional run in to each other at Market Basket. She was a wonderful person and I will miss our chats. My prayers to you for your loss.
Melissa

How sad for all of us whose life Kathye touched. For 2 years I was blessed to be a part of a wonderful group as we studied scriptures together, shared our lives and how the scriptures applied to our lives now. I thank God that Kathye was so down to earth as part of her mission here. Now, she has moved to her Heavenly home, She will be missed.

Kathye and I shared a birthday. My condolences to Alan, her daughters, mother, grandchildren, other family members and friends. She will be missed.

Such a sweet soul, and gone way too soon!

Kathye was an amazing friend and schoolmate. She was a strong child of God and took her faith seriously. Her desire was to one day see her family and friends in Heaven.

You are gone too soon, Kathye. I am blessed to have known and laughed with you. I know you’re sitting at your maker’s side and we will see you once again and I pray all of your loved ones takes comfort in that too. You will be missed. ❤️

What an amazing lady! She loved life and enjoyed every moment! She is greatly missed by Jimmy and I. Our love and prayers are with her beautiful family!