Kathy had a wonderful life. She traveled the world due to her fathers’ career in the oil industry and not just your typical traveling. She lived in so many different places abroad, including but not limited to, England; South Africa; Belgium; Netherlands; Denmark; Finland; Greece; and many others.

She met and married Michael Franklin in Athens, Greece where he worked for Bell Helicopter. Together, they continued to travel. They had a wonderful life for twenty years; while he enjoyed golfing and woodworking, she enjoyed playing bridge and sewing. Kathy was a professional seamstress having sewed for high-end clientele at a boutique. Upon Michael’s illness, it was apparent that she needed to further her education to be able to provide for her family before he passed away.

Kathy chose to work in the medical field and for the next twenty-five years being a nurse became her passion. During that time, she was appointed to the Texas State Board of Nursing where she was appointed by Governor Clements. She traveled to Austin to fulfill those duties.

After Michael’s passing, she then met her second husband, Al Hardy. They enjoyed dancing, boating, and cruising. The family grew as they gained a brother and a sister and then even more so as they all began to wed which resulted in seven grandchildren. After Al’s passing, her family steadily grew with the addition of five great-grandchildren.

Kathy retired and enjoyed going to lunch with her nursing buddies and playing games weekly with her Bridge group. A few years after retirement, she met a wonderful man at Holy Trinity Episcopal Church by the name of Perry Silkwood. They were heavily involved in their church with Altar Guild and the Vestry. Kathy and Perry enjoyed cruising and visiting with family and friends together. She enjoyed playing bridge and Perry enjoyed playing golf.

Over the last few years, Kathy developed Alzheimer’s Disease, and most recently, aggressive breast cancer. Her life was cut way too short with so much life left to live. She will be missed dearly.

She is preceded in death by her parents, Eva and Fred Williams; and first and second husband, Michael D. Franklin and Aldwin D. Hardy.

Memorial contributions may be made to the American Cancer Society, P.O. Box 42040, Oklahoma City, Oklahoma 73123; to the Alzheimer’s Association, 700 N. Street, Suite M, Beaumont, Texas 77701; or an organization of one’s choice. 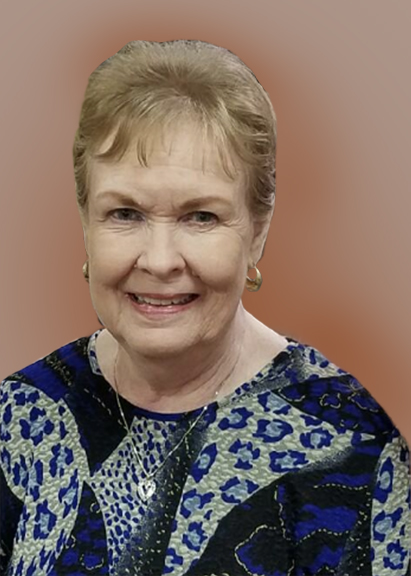 Enjoyed the many years Mother and I worked along side Kathy. She was a quiet hard working individual. Always had a smile on her face. The work was crazy and difficult but we all worked together to get it done. I am sad I will not be able to attend her visitation or service. My prayers are with you all

Kathy was our whole family's dear friend for 58 years and my very best girlfriend/like a sister . There is a hole in my heart and I will miss her forever We all will. I love you sweet friend. Until we meet again!

Perry I am so sorry for your loss. It was always so good to seen the two of you at Dairy Queen. My prayers are with you and Kathy's family. Love Sylvia

Shele ad Carrie, I'm so sorry for your mother's passing. She was such a sweet person. Still to this day I think of your mother and her the herb rice she use to make. It was so good! Every time I make it, it always reminds me of your mother. Love you sweetheart. I pray that God will wrap His arms around you and give you peace.