Kenneth Allen Russo, 59, of Vidor, died Friday, November 4, 2022, at MD Anderson Cancer Center, Houston. He was born on November 10, 1962, to Helen Pearl Thompson Russo and Joseph Anthony Russo, in Chandler, Arizona.  His parents grew up in Alta Loma, Texas, and met at Santa Fe High School.   Kenneth was a United States Air Force veteran and served his country for several years. Kenneth also worked and socialized at the Deaf school in Austin prior to his service in the military.

He is preceded in death by his father, Joseph (Joe) Anthony Russo.

Kenneth worked for the Federal Bureau of Prisons for 32 years. During his career with the Federal Bureau of Prisons, Kenneth served as a team member and leader of the Special Operations Response Team (SORT) and Disturbance Control Team (DCT).  After the events of 9/11, Kenneth was dispatched to New York at Ground Zero for two months.  He also helped in the aftermath of Hurricane Andrew in Florida and the L.A. Riots.  Kenneth was a blessing to his community as well in the aftermath of Hurricane Harvey.  Kenneth was proud to have worked with and alongside his brothers and sisters in the Bureau.

Kenneth even after his retirement, put all he had into his Giuseppe Labrador business. He loved to train his dogs, share his knowledge, and share the joy he got from his dogs. He was so proud of all his dogs, but Samson was his pride and joy. Kenneth is greatly missed in the Labrador community across the country and even in the UK and Australia.

Kenneth loved hunting and sharing this with his wife, Donna.They loved to go to their ranch in West Texas and bring anyone who wanted to go to come and enjoy the outdoors. He enjoyed it when the children would come and learn his knowledge about the outdoors.  Kenneth grew up in many outdoor activities, riding motorcycles, raising animals, and enjoyed sharing this with others.

One thing Kenneth most cherished and would always make him smile was his grandkids.  Raelee, Mason, Katherin, and Alyssa brightened his life.  He loved being a grandfather most of all.

Kenneth always left a great impression on all those who met him.  He will be greatly missed. 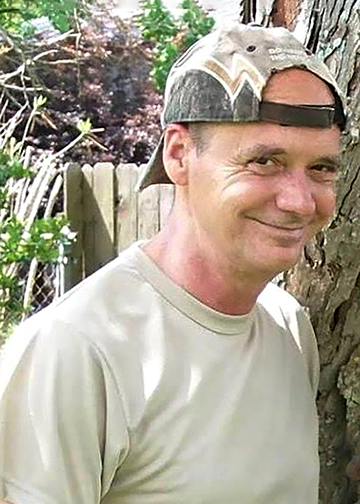 MY wife and I worked with Lieutenant Russo at FCI Manchester, Ky. It was always a pleasure to see his smiling face when we reported for duty.
I had so much respect for Russo cause he was easy to talk with and never spoke to his subordinates with anger in his voice. FCI Manchester was a better place to work because of Lieutenant Russo and my wife and I will always, always remember him. RIP Lt. Russo.

I met you in 2018 when we bought our suite max from you. And we stayed in contact because you told me that we are family. The world has really lost a good person but having definitely gained an angel and I know you’re gonna watch over your family. My boys will miss you and we love you so much.

I am so sorry to hear of his loss. I worked with Kenneth shipping his Labradors overseas. I could tell he had so much love and devotion to the breed and his work. I truly enjoyed working with him and he will be greatly missed.

Rest In Peace our dear friend.
Class of 1981

He was such a great man. I learned so much from him in just a short time. He was always willing to help. I will truly miss him!

Lt Russo always greeted me with a smile and advice. He had a way of getting respect but also giving it. He’s gonna be missed.
Gibby

He was a joy to work with and always willing to train his coworkers. This man was a leader while at work. I appreciate everything he did for me early in my career. RIP LT. they don’t make them like you anymore.