Kenneth “Ken” James Gilliam, 69, of Port Neches, passed away Wednesday, December 2, 2020, at Harbor Hospice, Beaumont. He was born January 30, 1951, in Beaumont, to Homer Overland Gilliam and Hattie Sylvia Smith Gilliam. Ken was a 1969 graduate of Stephen F. Austin High School in Port Acres. At SFA he made the all-district team as middle linebacker and made all-state team as an offensive guard for the “Eagles”.

After graduating high school Ken attended Lamar University, Beaumont, and earned a Bachelor of Science degree in Electrical Engineering in 1973. Also, in 1973 Ken married his wife, Ruth Abshier Gilliam. Ken’s career started with working for Westinghouse Electric Corporation in Houston and Shreveport, Louisiana. He returned home in 1975 to work for Port Arthur Gulf Oil Refinery. In 2013 he retired with Chevron Phillips Chemical, Port Arthur, with thirty-six years of service.

In the early years Ken was a member of the Texas Archeological Society and enjoyed taking his camper and family to participate in TAS Field Schools all across the state of Texas.

Ken loved being with family especially his three grandchildren; traveling; cooking; and attending Beaumont’s Lamar men and women basketball games. He was a member of Lamar’s Alumni and Lamar’s Cardinal Club. Ken was also an active member of his son’s scout troop, “World Famous Troop 75” and received his Order of the Arrow at Sid Richardson Scout camp.

Ken went by many names. Those were Honey; Babe; Dad; Grand Pa; Bubba; Uncle Bub; and Uncle Ken. He will be missed for his “dry humor” and his sweetness to family and friends.

Ken is preceded in death by his parents and older sister, LaVerne Stephenson, of Nederland.

Thanks to all of Ken and Ruth’s friends for their thoughts and prayers and a special thanks to wonderful neighbors, Wayne and Julie Winn for their loving support and friendship.

A gathering of Mr. Gilliam’s family and friends will begin at 1:00 p.m., with his memorial service to follow at 3:00 p.m., Saturday, December 5, 2020, at Broussard’s, 505 North 12th Street, Nederland. His committal was held at Broussard’s Crematorium, Beaumont.

In lieu of flowers memorial contributions may be made to Lamar University Foundation, P.O. Box 11500, Beaumont, Texas 77710.

In Honor of Ken’s wishes, following his cremation, he will return to one of his favorite places, Colorado Springs, Colorado. 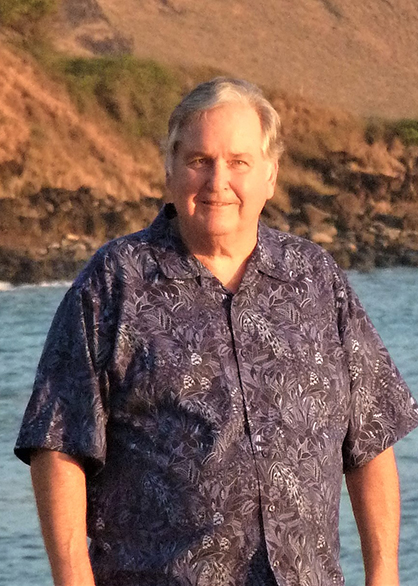 Ruth I am so sorry to read about Ken. You are in prayers

Kevin, Lisa and family members. Our hearts go out to you and family in your Dads' passing, Our Love and Prayers, Billy & Genell Willingham (Corsicana, Tx.) Lisa's great aunt)

My heart aches for the loss of my dear uncle. My heart is broken for the pain that my precious Aunt Ruth must be experiencing at this time. I pray that God gives her peace and the reassurance to know that her family will be there for her now and always! I love you Ruth Gilliam

My condolences to the Gilliam family. I worked for Petrocon and ENGlobal for many years and in the years I remember Ken as one of my client Project Managers. I am sorry to hear of his passing. May God bless you during this difficult time.

Ruth, we were saddened and shocked to hear of Ken's passing. We are praying for you and also for all of your family. Our hearts go out to you with love and sympathy.

Dear Ruth, Kevin and family, Please accept our condolences in the loss of Ken. Our entire family has fond memories of him as an Asst. Scoutmaster in The World Famous Troop 75. He was always the leader with quiet and patient wisdom. Donald and Ryan have often spoke of the canoe trip at the USA and Canadian boundary waters. A very good High Adventure trip! We enjoyed reading Ken's obituary and learned some new things about him. Love and Hugs, The Sullivan Family (Donald, Jeri, Lee & Ryan

Kevin- itâ€™s been along time since we have crossed paths but several years back I ran into your Mom and Dad covering Lamar game. It was like no time had passed from our Scout days. Iâ€™m sorry to hear of his passing and my thoughts and prayers are with you and the family.