Kenneth Wayne McCurtain, age 66, passed from this world into a better one on November 30, 2021. He was escorted by a host of angels into the presence of his Savior Jesus Christ whom he had loved and served since accepting him as his Lord and Master at an early age.

Kenneth was a 1974 graduate of Forest Park High School where he excelled as a sprinter on the track team. He then attended Lamar University where he lettered several years on the track team as a sprinter. He took his degree in Political Science. During this time, he also served as swimming and football coach at West End YMCA. In his career as a building contractor, he earned the respect of many satisfied customers throughout the Golden Triangle. At Forest Park and Lamar, he made a great and many friends who mourn his passing.

A memorial service for Mr. McCurtain will be at 2:00 p.m., Friday, December 3, 2021, at Broussard’s, 1605 North Major Drive, Beaumont. His cremation arrangements will be handled through Broussard’s Crematorium. 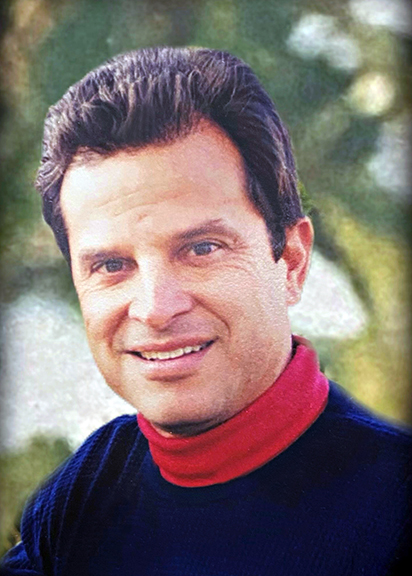 I know it has been awhile, but I just saw this. I think of you often. Time does not take away the memories, but it does make them easier’I will be 90 in December. I pray you are doing well.

Dear Mr. & Mrs. McCurtain & Danny,
We are so very sorry to hear of the passing of Kenny. We often would come across each other on our buying trips to Sutherlands to pick up materials for our individual projects. Those meetings were thoroughly enjoyed! Our thoughts and prayers are with your family. God Bless.

THE FAMILY OF KENNY HAVE MY HEARTFELT SYMPATHY ON HIS PASSING. I followed Kenny as a young athlete at Forest Park. He was a great friend of all the students in his class. A disciplined young man who dedicated himself to God at an early age .He worked hard at everything he did.As a friend of my son who admired and spoke so often of Kenny and his successes I too knew Kenny was a very special young man. He will be missed by all who knew him.May he rest in peace. I know he sprinted to heaven with his always big smile.

I just learned of Kenny passing, when I saw it posted on someone’s comment on FB. I googled it and found his obituary. I worked with Kenny in 1990 for a few years. He was an elder at our church and had his lawn business. He taught me how to run and take care of equipment and later made me a crew leader. He was the most gracious and appreciative boss I ever worked for. He challenged and thanked me. I am sad to hear of this news, but know that he entered into an Eternal Resting Place.

I am so sorry for your loss of Kenny. I went to school with both Kenny and Danny but really came to know them both around our mutually shared faith in Jesus our Lord.
I know for sure Kenny is around the throne of God praising his savior.
God bless
David Erickson

Mr. & Mrs. McCurtain. David, and Danny,
So sorry to hear about Kenny. You are in our prayers.
Rex & Heidi Colvin

Danny, I’m so sorry to hear about the loss of your brother. Prayers to you and your family.

Ward and Edna Earl, David and Danny… please accept our deepest condolences in the loss of your precious Kenny. Our prayers are with you and join you in your praise that he with Jesus now. May the Lord comfort you today and every day with His precious peace, mercy and love.

We love you, Barb and Jim

Sad to learn Kenny had passed away. Sweet memories of Kenny cutting our yard at a young age on Peyton and Ward being one of our supervisors at Gulf States. These are memories that stay w/u. I am so sorry for your loss but know you raised a fine young man. Prayers are w/you and sweet memories.

Ward and Edna Earl we are so sorry for your loss. You and your family are in our thoughts and prayers.

Aunt Edna Earl. Uncle Ward, David & Charlotte, Danny, Lily and Rosemary, I am so sorry for the loss of our dear Kenny. My heart just aches for the sorrow that y’all are feeling. I’m sad also but he wasn’t my son, brother or father… I’m sad as a 1st cousin and I will always cherish all of our fun times and memories at Mamaw and Papaw’s and our last visit at Aunt Edna Earl and Uncle Ward’s not so long ago. I love each and every one of y’all and know that my thoughts and prayers are with all of you

So sorry for your loss. May memories bring you comfort in the days ahead.

I did not know Kenny but I know Danny. Knowing the man that Danny is I can only imagine the depth with which the family feels Kenny’s passing.
My hope is that you take solace knowing he is home with his Lord and Savior and is now a guardian angel for all of you.
Know that my prayers are with you to lift your spirits to feel the love intended.

I’m so sorry to hear the news of Kenny’s passing. I pray God holds you so closely you can feel the beat of His heart.

So sorry to hear of Kenny’s passing. Blessings to all of you

I am so sorry for your loss. Your family is in my thoughts and prayers.

Mr. and Mrs. McCurtain, David and Danny, I am so sorry about Kenny’s passing. Each and every one of you are in my thoughts and prayers. If there is anything I can do, please do not hesitate to ask. Love to all of you.

We are saddened by the news of Kenny’s passing. Please know we are lifting all of you up in prayer…for comfort in the days to come and peace that passes understanding…we love you all so much.

I am sorry to hear of Kenny’s passing. Please know I am remembering all of the McCurtain family in my prayers at this difficult time. Blessings to you all.

A man of unquestionable integrity. A man faith.

Rest In Peace, my friend. 💔

What a lovely thing to have said about you.