He was born in Beaumont, Texas, to Charles and Christeen Kelley and had an older brother Charles Jr., and sister Luma. At a very early age he found his lifelong passion for flight. He described his first remembrance of a plane in flight as a boy watching a U.S. Department of Agriculture plane flying over his Grandparents farm near Call, Texas, inspecting crops. A train trip for a memorial service to honor a B-17 gunner, his Uncle Alvin Barrow and middle namesake lost in World War II. A book from an elementary school library called “Eight Hours to Solo” laid the groundwork for his fascination with flight.

He worked to earn his way, solo’d at age 16 while attending Beaumont High School. In high school he met Wanda Aulbaugh on a blind date. When he picked her up from her home he asked if she wanted to go for a ride. She thought a drive around Beaumont. He drove to Beaumont Municipal Airport and took her on her first flight. Landing at Jefferson County Airport, they ate on the airport at the Sky Chef Cafe. She said Larry had a meal and she had a 7UP. One, flight was new to her and two, she had not told her strict parents of the pending adventure. She returned home safely and told her mother after the first date, she would someday marry him. Larry and Wanda married March 5, 1965. Larry held various aviation jobs and Wanda completed her studies to become a nurse. Jobs and schools lead them to Tulsa, OK, Dallas, TX and back to Beaumont around the birth of a son, Larry, 1967 and later another son, Aaron, 1971. While his passion for aviation continued, he accepted a job in 1967 with Mobil Oil leading to a successful career and eventual retirement in 1995.

Over the years Larry owned several aircraft. Larry, Wanda and the kids would occasionally travel by air to destinations of interest. His passion was shared with his sons, teaching Larry to fly and Aaron working in the airline industry as an early career. While Larry enjoyed the Rocky Mountains and Western U.S., and a particular trip to the Canadian Rockies, most vacations often involved an aviation tangent with trips to aircraft museums, production sites or airshows.

Wanda’s love for him lead Larry to church early in their marriage and to establish his foundation and faith in God. Larry was active in his church serving as a time as a deacon. He was devoted to his family and had an unshakeable faith in God. After retirement he developed a Christian mission outreach of his own design. He did name it, Send the Light, however it was more affectionally known as the bible ministry. Essentially, he would gather dated Sunday School materials and used Bibles from area churches for distribution. He would communicate with missionaries in their own country of residence, package and send materials around the world. He also sent mission outreach efforts in rural United States. He thought it best that people of their own country, spread the word of God.

He often said, we are so blessed with having new Sunday school books and new Bibles, I think there are others that can benefit. He initially corresponded by mail, phone and later email to coordinate deliveries. Long before there was an “app for that.” Over the years he gained a deep appreciation of missionaries and the people they served, all looking to learn more about Christ.

He never cared to be on a stage, in a spotlight or to speak to the masses. In so many ways, he let his actions speak louder than his words. He was a role model for his sons and his family.

The last years of his life were met with struggle with the effects of a series of mini-strokes and Alzheimer’s eventually taking its toll. In the final months of his life his faith remained strong. One appropriate and scripture Larry was fond of is as follows.

2nd Timothy 4:7-8; 7 I have fought the good fight, I have finished the race, I have kept the faith. 8 Now there is in store for me the crown of righteousness, which the Lord, the righteous Judge, will award to me on that day and not only to me, but also to all who have longed for his appearing.

The family requests in lieu of flowers consider a donation to Christian Fellowship Worship, 3950 Pointe Parkway, Beaumont, Texas 77706 or a preferred charity of your choosing. 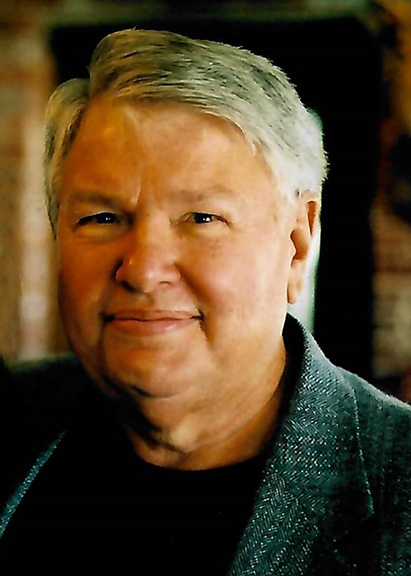 Larry Sr. gave me my first airplane ride in the mid â€˜80â€™s, that started a long time friendship between our families that has lasted 35 years at least. Wanda, Aaron, Larry Jr and families youâ€™re in our thoughts and prayers !! EAA Chapter 1515 , South East Texas Flyers was fortunate enough o have Mr Kelley as. Member, the Wisdom experience and instructions that he provided helped many of our pilots and members. Though you have gone West, your memory will always be with us. Thank you.

Our thoughts and prayers are with all of you. We are so sorry for your loss.

Larry and I worked together at Mobil for years. During the long hours on the night shift he often spoke about his passion - flying. One of my favorite stories I tell even today involves Larry when he was a young teen. Larry was responsible, proper and well behaved. I always imagined as a kid he was similar to Wally Cleaver. (Leave it To Beaver) And this makes the story funnier. Understand this was in the late 1950â€™s. It was a different world. Families had one car, didnâ€™t commute far and kids knew to stay within yelling distance of home. During the summer his mother would leave for work and he to the airport. He would hang out all day doing odd jobs and washing airplanes for precious flying time. Obviously the pilots liked him and didnâ€™t mind taking him up. One day a pilot asked if Larry wanted to fly to Mexico and he immediately jumped at the opportunity for flying time. Late that afternoon an exuberant Larry came home wearing a sombrero and serape as he lavished his mother with an assortment of Mexican souvenirs! Of course his mother reacted, I just donâ€™t remember how, but imagine your child traveling to a foreign country without you knowing. Still today, when I see a sombrero I think of Larry. It goes without saying Larry was a good one. My condolences.

Aaron, Kim and Family, Gerald and I are so sorry to hear of the loss of your father. Please know that you and your family are in our thoughts and prayers.

My deepest sympathy to the family of Mr. Kelley. Mr. Kelley is now in Paradise. A Paradise so beautiful and peaceful and he is reunited with family members. May he rest in peace. Prayer for the family. God Bless you all.

So sorry for your loss. Larry was an example of a fine human being. He was always available to talk airplanes and was a big influence on my love of flying, always encouraging me to continue. After I lost my job and had to give up flying, he always seemed to have an open seat in the 172. He will be missed by all who knew him.

Wanda, we are so sorry to hear about Larry. Ya'll were such a beautiful Christian couple, an inspiration to many. You are in our thoughts and prayers. God be with you in the days ahead!! Mary Jo and Bill Pryne

You have my prayers, and deepest condolences, in your hour of bereavement

Larry,, thanks for being our friend in our school days in Beaumont from first grade to our graduation in 1963 at Beaumont High School.

I just learned of Larry's passing and want to provide my condolences to Wanda Larry Jr and Aaron and their families. After moving away in 1996 I lost touch with my aviatiincfamilt at Hawthirne field and will always remember and cherish the welcome g spirit Larry always showed to me. He always seemed so at peace and content with the life God provided to him and I know he will be missed but his spirit will live on within each of us.