Larry James Devillier, Sr. of Winnie, passed away at the age of 85 on February 11, 2022, under the care of Kindred Hospice at the Arboretum of Winnie. Larry was born on August 13, 1936, in Rayne, Louisiana to Mildred Arceneaux and John Oscar Devillier. He was the oldest of their four children.

When Larry was 10 years old, the Devillier family moved to Winnie to begin what would become decades of farming rice. Larry attended East Chambers from 4th grade on to his graduation in 1955. Larry’s first memories of starting school in Texas after attending Catholic School in Louisiana was that his classmates wore something called “blue jeans”. Larry and his brothers were outfitted in sailor pants and knickers! After several attempts, his mother Mildred finally got it right….the Devillier boys had “Texas blue jeans”! Larry participated and lettered in football, baseball, basketball, track and tennis, as was typically customary in small schools.  He was known by his classmates with the nickname his coach gave him “Sca-lop”. The evolution of this nickname was a result of Larry not pronouncing scalloped potatoes properly at a team dinner.

On November 13, 1955, Larry married an “Anahuac” girl, Ginger Faye Smith known to all as “BB”.  Apparently, it was scandalous to marry a girl from the rivalry school and she was Baptist (much to his parents’ dismay). They were married for 64 years until her death in June 2019.

Larry was the consummate gentleman…always tipping his hat and opening doors. He wore many hats during his lifetime, with the cowboy hat being one of his favorites. His passion and love for riding horses was almost equal to the love of his family. His favorite horse was an Appaloosa named Pink Rain (she was crazy) but they had a special bond.

Larry’s most treasured memories were the times he spent in Freer. His great Uncle Olide had a ranch down in South Texas and several times a year Larry and his best friends headed there to “work cows”.  Larry, Bubba Devillier, Leroy Ezer, Gilberto Urebe together with their friends who have passed:  Wayne Sullivan, Dr. Booster Stephenson, Tooter Haynes and Rex Eubanks were all called the Freer Boys. Many tales were passed on…but it was the ones we didn’t hear that made this a legend in all of our households.  We think that the phrase “What goes on in Freer, stays in Freer” began here!

Once the grandchildren came along, he wore the PawPaw hat proudly!  Never could you find a more devoted grandfather. Attending anything and everything that his grandchildren participated in. From riding horses competitively to dance recitals to sports to beauty pageants…nothing could keep him away!  The boys were taught all about hunting and fishing. The girls were all cowgirls.

Then the great-grandchildren came along and his heart was overjoyed! He loved those babies! He loved holding and rocking them when they came for a visit. They all learned to ride the bouncing horse and played with toys that were throwbacks from the 80’s. Visits with PawPaw were the best!

Larry is survived by his 3 children: Paulette Cobb of Beaumont, Larry James “Buddy” Devillier, Jr. and his wife, Sheri and Dean Devillier and wife, Pam, all of Winnie.

In addition to his parents and wife BB, Larry is preceded in death by his son-in-law, Greg Cobb; brother, Kenneth Devillier; and beloved granddaughter, Lauren Coco.

A gathering of Mr. Devillier’s family and friends will begin at 1:30 p.m., with his funeral service to follow at 2:30 p.m., Thursday, February 17, 2022, at Broussard’s, 134 West Buccaneer, Winnie. His interment will follow at Fairview Cemetery, Winnie.

In lieu of flowers, the family requests that memorials be made to the East Chambers ISD Education Foundation, 270 School Road, Winnie, Texas 77665.

The family wishes to thank Innovative Home Health Care, the Riceland Hospital, Kindred Hospice and the Arboretum of Winnie for their compassion and care. A special thank you to Dr. Danny Thompson, Dr. Boutte, Juana Figueroa and Fatima Soto. 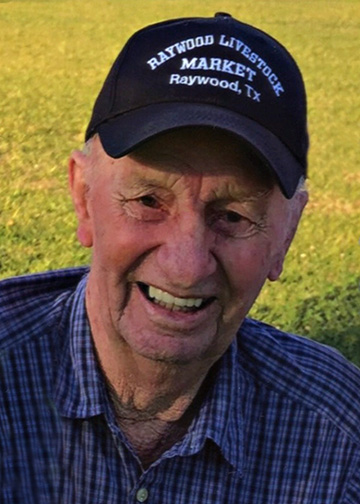 Paulette, condolences to you and yours re: your dad’s passing. I always enjoyed seeing him, as well as your mom, back in the day running errands around town. Seems like only several months back when I picked you up for an enchanting evening of fellowship, lively conversation, and waltzing at the old EC cafeteria for Jr. High prom. Anyway, again, sorry for your loss.

Thanks so much Buzz. And thank you for reminding me of that “enchanting” evening a gazillion years ago.

So sorry for your loss. Praying for all of the family

So sorry to hear about the passing of Larry. Dad and I are sending our thoughts and prayers.

Thank you so much. Hoping you are both doing well. We appreciate your kind words.

Sad to hear the news, although we no longer live in Winnie, Larry was a great friend, neighbor and influence on our children! He will be dearly missed. Love and prayers to the family.

Than you so much.

Paulette, Buddy and Dean, I am so sorry to hear about Larry. I wont be able to attend the funneral because of work, but will be praying for you.

We will miss you Russell but certainly understandable. Thank you for your words of comfort.

Sending prayers to the family of Mr. Larry. He was a true gentleman and kind
man. He always had time to converse when I saw him at the grocery store. He and Mrs. BB were two of the nicest people.
My deepest sympathy goes out to the Devillier family.

Thank you so much.

My sympathy is sent out to his family and 2 sibling on there loss. May be now go join his wife and parents in heaven

Kate, thank you so much for your sweet words.

Very sorry for your loss. Mr. Devillier was a sweet man and always had a smile on his face, loved by many.

Laura, thank you for your kind words.

Our prayers go out to the family of Larry Devillier, we did not learn of Larry’s passing until today. We are deeply sorry for your lose. Larry will rest in the loving arms of Jesus.

Mr. and Mrs. Farrow, thank you for your words of comfort.

The words written here couldn’t be more specific to my loving memories of Uncle Larry. He was a true gentleman. I send my condolences to Paulette, Buddy, Dean, and their families.

Lori…so sweet of you to say that. We all have lots of fond memories of growing up together as cousins and friends.

I send my sympathy to all the family Now he can Rest In Peace with his family that has passed also.

Katherine, Thank you for your words of sympathy. God bless you and your sister. You were both special people in daddy’s life.

Sorry to hear about Larry’s passing. Prayers for all the family 🙏🙏🙏