Wayne was raised in Livingston and graduated from Livingston High School in 1953. He attended Texas A&M in College Station; he was a proud Aggie! Wayne was a member of Texas A&M Club, recognized in 2017 as a Diamond Aggie, having achieved 60 years of service. Wayne went on to graduate from Commonwealth Institute of Funeral Services. He began his lifelong career in the funeral industry with Pace Funeral Home in Livingston. Wayne later moved to Beaumont working for Charles Kelley at Roberts and Pipkin- Brulin Funeral Home, later to become Kelly-Hixson Funeral Home, where he would later serve as President for the company. The consummate professional, he was active in the Texas Funeral Directors Association, and was past President of the Southeast Texas Chapter of the Texas Funeral Directors Association. Although retired for several years, he kept his license intact. One of his proudest accomplishments was receiving his 60-year lapel pin from the Texas Funeral Directors Association.

In his free time Wayne enjoyed boating, being a member of the United States Power Squadron since 1995. He also volunteered for the Shangri La Botanical Gardens and Nature Center giving boat tours.

Wayne is preceded in death by his parents, Ethel and C.L. King, and his infant sister, Elizabeth Anne.

A gathering of Mr. King’s family and friends will be from 4:00 p.m. until 7:00 p.m., Thursday, March 10, 2022, at Broussard’s, 2000 McFaddin Avenue, Beaumont.  An additional gathering and light meal will begin at 12:00 noon, Saturday, March 12, 2022, in the fellowship hall of Bethel Baptist Church, 8815 Farm to Market Road 350 North, Livingston. His funeral service will be at 2:00 p.m. in the sanctuary of Bethel Baptist Church, with his interment to follow at Bold Springs Cemetery, located immediately adjacent to the church. Serving as pallbearers are Tommy Funchess; Nicholas Harrison; Brian King; Chad King; Todd King; and Ashton Funchess; and honorary pallbearer, Jack Gotcher. 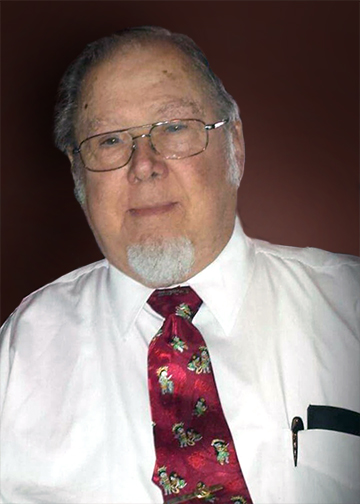 Wayne was my weekend Supervisor for the several years I worked at Kelley-Hixson. Many good memories. Always the consummate professional. Prayers for Emily, Karen and Larry, Jr.

Until we meet again Wayne

I met Wayne when I first went to work at the City H.ealth Department. When my husband died Kelly Hixson was the one I called and Wayne King. He was a very caring person in his personal and public life. You will be missed Wayne

In the late 1970’s I had the pleasure of meeting Wayne at my grandparents’ Mobil service station next to Kelley-Hixson. The funeral home did business with my grandparents, and Wayne came in often to joke around with my aunt, brother and me. He was a lot of fun, and we always looked forward to seeing him. Even though my brother and I were teens at the time, he always included us in the conversation and made us feel special. My sincere condolences on your loss.

Please accept my sincere sympathy for your loss.

Emily, I am so very sorry for your great loss. You and your children are in my prayers.
Sincerely
Beth Bush Tipton