Lee Alain Chastant, 69, of Lumberton, TX, passed away on December 23. Lee was born in New Orleans, LA, on March 15, 1952, to geologists Lester A. Chastant and Kathryn Ross Chastant, both of whom preceded him in death. From an early age, Lee embraced the outdoors and became an enthusiastic hunter and fisherman. He developed an appreciation for the natural environment and loved being in it.

In high school, Lee played football and was popular among his friends. His two younger sisters looked up to him, at least when he wasn’t playing tricks on them. He knew New Orleans well and also enjoyed time with his bayou-living grandfather. Additionally, Lee enjoyed visiting his mother’s family and spending time on their west Texas ranch. Here he learned what hard work really meant but reveled in the experiences and adventures to be found there. In later years, Lee liked spending time with his mom and aunt on a family farm near Granger, TX.

After high school, Lee worked in a veterinary clinic and then in the oil fields for a while before heading off to Texas A&M University to study Entomology. After graduation, he worked for Jefferson County, TX, as the head of Mosquito Control.  His expertise in cockroaches, mosquitos and other unpopular critters would serve him well as his reputation grew.  Meanwhile, he married and had two beautiful children, Kristin and Stuart, of whom he was extremely proud .

Eventually single, Lee retired and realized a dream by building a home in the wilds outside of Lumberton. He loved his little paradise and constantly worked to improve the acreage. Despite alligators, feral pigs, floods and hurricanes, this was where he wanted to be. He loved animals and rescued several. His four dogs and two cats gave him great pleasure and brightened his days.

Throughout his life, Lee was known for his wicked wit and odd sense of humor. His laugh was unpredictable and infectious. Sometimes you weren’t sure if he was laughing with you or at you. Lee could be generous and often helped family, friends and neighbors, as well as people he didn’t really know. He was also truly grateful for the assistance he received as his own health faltered, especially the assistance of his children.

A memorial service will be held at a later date. Lee’s cremation arrangements were handled through Broussard’s Crematorium under the direction of Broussards, 490 Cemetery Road, Silsbee. 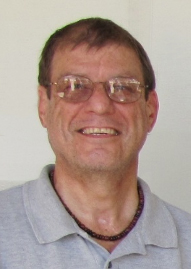 I was a classmate of Lee at St. Martins, in Metairie, Louisiana. I was very saddened to learn of Lee’s passing.
Al Baumer
Class of 1970
St. Martins Episcopal School