Lee was raised in Hamshire, Texas and was a 1957 graduate of Hamshire High School. Soon after graduating he served his country in the United States Army. He then retired from Southern Pacific / Union Pacific Railroad after thirty-four years of service.

Survivors include his spouse of forty-years, Don Foreman; sister, Lillie Klapp and husband, Ray, of Splendora, Texas; and numerous nieces, nephews, and brothers and sisters-in-law.

He is preceded in death by his brother, Eugene Foreman, Jr.

A gathering of Mr. Foreman’s family and friends will begin 1:00 p.m., with his funeral service at 2:00 p.m., Sunday, September 25, 2022, at Broussard’s, 134 West Buccaneer Drive. His interment will follow at Fairview Cemetery, Winnie.

Memorial contributions in honor of Mr. Foreman may be made to an organization of one’s choice. 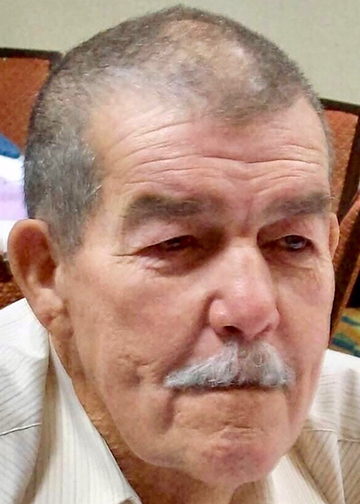 Lee you leave a lot of broken hearts and I know you will always be at my side until I finish my journey here on earth. There will not be a day I don’t shed a tear thinking of you.

Uncle Lee, you will truly be missed. You always had a smile, a kiss, and a big hug for everyone.
Love you now and always.

Lee Edward was a very good person. He graduated in 1957
with my sister Loretta, He was also a very good dancer. He would take a car full of girls down to the beach to Leger’s
and Huey Meaux dance hall next door. Prayers for his family.

Lee Edward was a very good person, He graduated in
1957 with my sister Loretta. He loved to dance and was a
very good dancer.He use to take a car full of girls down to
the beach to Legers and Huey Meaux’s dance Hall next door. Prayers to his family.