Lena Mae Nunez, 96, of Beaumont, died Friday, June 25, 2021. She was born on July 26, 1924, in New Iberia, Louisiana, to Pearl Langla Babb and Albert Babb.  Pearl and Albert lived in Beaumont, but Pearl insisted that Lena Mae be born in Louisiana where family and support were close by.  Shortly after, they returned home to Beaumont.  Although she was born in Louisiana to French-speaking parents and was surrounded by an abundance of French-speaking relatives, Lena Mae grew up and lived her entire life in Texas. She was a true-blue Texan, but with an unforgettable Cajun flavor. That flavor was always evident on the kitchen table with red beans and rice, shrimp gumbo, boiled crabs, cabbage rolls, and fried chicken on Sundays.

In her younger years, Lena Mae was quite the scholar.  She was Salutatorian of her high school class of 1941 at St. Anthony’s in Beaumont. She continued to pursue academic success in future studies and persistently encouraged academic success in all her children. She enjoyed most sports: roller-skating, bicycling, belonged to a bowling league, especially enjoyed ice-skating, kept track of all the kids’ sports events, and even tolerated football. Along with raising eight kids, she held several bookkeeping jobs and worked as a medical transcriptionist at St. Elizabeth Hospital for eighteen years. Probably the thing we will remember most is her appreciation of music and her love for dancing. WHAT A MOM!

And, so Mom, on this day, before you are called home, we would like to honor you, bow our heads, and say thank you for the home you made for us, that beautiful little home on Long Street, our forever home. 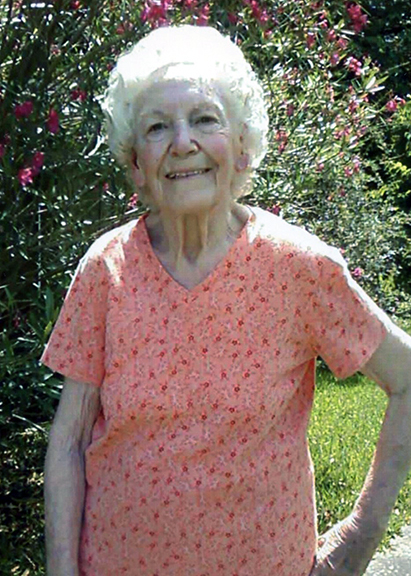 Family of Lena Mae, we will miss her as much as our own mama. She was our mom for 6 years when our mom Joyce Marie McKnight moved in and was her roommate. Sorry for y'all loss. Know we are here and loved her.

Michele and Family, We are so sorry for your loss. You all are in our thoughts and prayers. Glenn has so many fond memories of your Mom when his family lived next door when he was a child. May her soul rest in peace. Love Glenn & Lynda Broussard

What an amazing woman Mrs. Nunez was! Every time I was over at the Nunez house to visit or for a sleepover with Erin, Mrs. Nunez was there humming, singing, cooking , and always welcoming. I was amazed how she was able to keep her household running so smoothly. I know she will be missed by her family and friends, but no doubt she has earned her heavenly reward. Erin, I would love to hear from you.

I'm sorry for your loss Erin. I remember your mother's kindness. It sounds like she lived a good, full life and that she passed on many of her good traits to you. Your family is in my prayers.

What a tender, hardworking, faith-filled mother and wife Mrs. Nunez was! I always enjoyed her loving hospitality and delicious food when I came to visit. Erin and Michele, my condolences to you both and the rest of the family. Eternal rest grant upon her, O Lord, may the perpetual light shine upon her. May her soul and all the souls of the faithfully departed rest in peace.