His early years were spent as a farmhand working with his father on a rice farm. His father died when he was 16, and Lenes was the oldest sibling still living at home. To help support his mother and younger siblings still living at home, he joined the United States Army during World War II, and allotted his pay to his mother. Lenes was a Staff Sergeant in the 648th Tank Destroyer Battalion and was discharged March 28, 1946. He returned to Abbeville, Louisiana, and married Helen Decuir, in June of 1947; in 1949 they moved to Beaumont. Lenes retired in January 1986 after working thirty-six years as a salesman for Rainbo Baking Company.

After his retirement, Lenes volunteered his time at St. Anthony Cathedral Basilica, working collections and helping out with handy work around the church. Lenes was also a member of the Knights of Columbus.

He descends from Antonio Villatoro, Jr., one of the eighteen founding families contracted to the King of Spain to establish a new colony in Louisiana. The group of 60 Spanish settlers arrived in New Orleans January 1779, traveled to the Bayou Teche April 1779 and established New Iberia, the only Spanish settled city in Louisiana. Over time, the two “l’s” and the last “o” were dropped from Villatoro changing it to Viator thereby changing the meaning from “City of the Bull” to “Traveler”.

Lenes is preceded in death by his parents; his wife of sixty-seven years, Helen Decuir Viator; brothers, Ulysse, Lucien, Harris, Dallas, Lollis, Lloyd, Pressley, and Curvis Viator; sisters, Olivia Hebert, Edolie Trahan, Agnes Olds, and Hazel Menard. He was the eighth of thirteen, the last of thirteen, and the longest life span of thirteen.

A family graveside service for Mr. Viator will be held at Forest Lawn Memorial Park, Beaumont, under the direction of Broussard’s, 1605 North Major Drive, Beaumont.

In lieu of flowers, memorial contributions may be made to Alzheimer’s Association, 700 North Street, Suite M, Beaumont, Texas 77701. 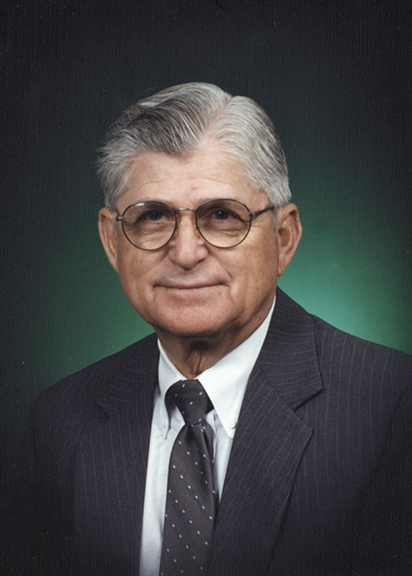 Mr Lenes was the BEST. He was like a second grandfather to my boys. He and my father were lifelong friends. Staring their friendship in Abbeville and continuing it in Beaumont. They were two of the "GOOD GUYS". Mr. Lenes and Mrs. Helen will forever be in my hearts. Go rest High on that Mountain.

Carla, I was so sorry to hear of your fatherâ€™s passing ... itâ€™s been a long road and it is comforting to know he is resting in your motherâ€™s arms and rejoicing in Heaven. Losing a parent is one of the hardest things, and I have been honored to witness the journey you have been on as you cared for your father and mother. Not many children are as attentive to their parents as they decline in years, but you my friend, are a shining example of how a child should treat their parents. You have been patient and kind, dutiful and funny and I know your father heard your words (in English and Cajun - insert smile here) and it must have warmed his heart. I know he was proud of you and your accomplishments, but most of all for the way in which you love - with your whole heart - and I know he felt that love everyday. Prayers for you and your siblings during this time of grief. I love you girlie and know that one day you and Lenes will be chatting in his native tongue again one day!

Carla please know that my thoughts and prayers are with you and family as strive to get through this dark time. All I can say is he and your mom are finally together to enjoy the unspeakable joy of our Lord Jesus Christ finally see the face of our maker God Almighty. I love you Carla ?

Iâ€™m sorry about your Dad. Of course I havenâ€™t been able to go to Calder Woods for several weeks, but when I did, I always stopped by for a quick hello to your Dad.. I know he and your Mom are finally together again. Take care of each other.

Thank you for all the happy memories at Lenes & Helen's Beaumont, TX home. He treated me like I was a sister to Deborah and Carla. Such a sweet spirit, great listener and funny, dry wit, sense of humor. Love to all and proud he lived such a long life. Xxoo

Brent, Debbie, Carla and Dale, I am so sorry for the loss of your Pop. I know this will be hard for a long time, but he lived a full life. He was such a kind, sweet loving Father. May God give all of you strength to get through the coming days. Love Patty

Dale, Brent, Deborah, and Carla and families: so sad to hear of your Father's passing. Many memories of he and Helen at SACB for so many years, and your Mother's weekly rosary and of the old days when we lived in the old neighborhood.. your Father was a great man and respected by all. May he rest in the peace of Jesus. It's been a long goodbye.

condolences on the passing of your father. every sunday for many years one my highlights after mass was getting a hug from your mom & an handshake from your dad. wonderful people. love & prayers mike cacioppo

Much Love Carla! So sorry for your loss. Mary

Sorry for the loss of your Dad, Brent. My thoughts and prayers are with you and your family.

Rest in peace Uncle Lenes .. I love you.