Leonard Coy Richardson, 96, of Nome, died Monday, June 6, 2022. He was born on August 25, 1925, to Rosa Marie Jordan Richardson and Early Rufus Richardson, near Votaw, Texas, and was a United States Navy veteran.

Leonard was born in a humble home in 1925, in the Big Thicket of Hardin County. He and his five siblings were blessed with the benefit of a strong Christian upbringing, learning to rely on hard work and spiritual faith to survive and succeed. The family endured The Great Depression with their rural neighbors by hunting or harvesting their own food, bartering and trading, and creating or re-purposing everything they could with their own hands.

When Leonard was only two or three years old, the family moved several miles north, to a modest house in the Holly Grove community in Polk County. The kids walked daily to their one-room schoolhouse, played and fished in Menard Creek, and helped tend gardens and livestock.

After attending Big Sandy High School, Leonard was called in 1943 to serve in the US Navy during World War II. In the Signal Corps, he served in the Pacific Theatre aboard destroyers USS Rowe and USS Bearss, engaging the Aleutian Islands during the war, and patrolling the northern Japanese Islands after Japan surrendered and the war ended in 1945.

Following an honorable discharge from the Navy in 1946, Leonard’s skills in Morse Code and telegraph communications helped him secure a job with Southern Pacific Railroad. Work assignments took him all around Houston, the Golden Triangle, and the rural towns of Southeast Texas. His most notable early job posting with Southern Pacific was Agent in charge of the rail depot in Nome. Here, he made acquaintance with a young woman who worked at a nearby grocery and dry goods store, and in 1950, Leonard and Pattie Sue Goodwin married and settled in Nome. Their blessed union would endure for more than seven decades!

As his railroad career advanced and he transferred as a Freight Agent to the Southern Pacific office terminal in Beaumont, “LC” – as his colleagues called him – became a respected friend and co-worker to many SP employees and customers up and down the SP line, and at many local refineries, chemical plants, and other locations he visited frequently on rail freight business. Leonard retired in 1986, after nearly 40 years at Southern Pacific.

A dedicated member of First Baptist Church Nome for many years, Leonard was a devoted Christian husband and father, and a firm believer and teacher of faith, honesty, and hard work. He tirelessly helped and counseled his three children to believe in God and in themselves, and to honor and respect family values.

He is preceded in death by his wife, Pattie Sue Richardson; sisters, Henrietta Reeves, Lenaree Hitt, and Vivian Graham; and brothers, Jackie Richardson and Winston Richardson.

Memorial contributions may be made to the First Baptist Church Scholarship Fund, P.O. Box 113, Nome, Texas 77629.

The Richardson Family sends heartfelt thanks and prayers to so many friends, family and acquaintances who knew and loved Mr. Leonard, and who honor and cherish the memories of his time with us. 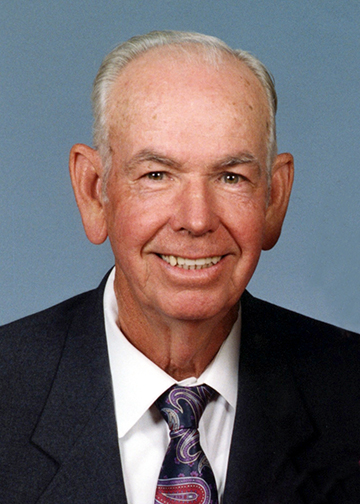 So sorry to hear of your loss.
Peace be with you all.

Mr and Mrs Richardson were two of the nicest people, ever!! They are back together in Heaven. RIP🙏🙏❤️

I smile with a slight bit of sadness when thinking of Leonard. He and Pattie were wonderful to know and love. They will be remembered as people in my life that were true friends. I send prayers and thoughts for this family that had and still have a huge impact on the people they are surrounded by. Prayers of love and comfort are being said for all of you as you remember Leonard.

Mr. Richardson was one of the nicest men in Nome sorry for your loss

Sweet Uncle Leonard. Your smile and joy will forever be in my heart.