Lew Cary “Poncho” Russell, Jr. (Pawpaw to his grandchildren and great-grandchildren) went home to be with his Savior Jesus Christ and his beloved wife, Patti, on Friday, December 3, 2021. Born on August 24, 1930, to Lew Cary Russell, Sr. and Rose Catherine Hebert Russell, Poncho was the oldest of five children and was a proud resident of Beaumont, Texas, almost his entire life.

Poncho attended St Anthony High School and Lamar University, where he played football and basketball. He held fond memories of football season at Lamar and reunions with the team over the years. During the Korean War, Poncho was a Navy Corpsman and met his wife Patti, then a nursing student, at a surgery they were both present for at Hotel Dieu. They were married in Eunice, Louisiana in 1954 and started their life together in Beaumont where they had three children, Cary, Lisa and Leah. Poncho was a successful insurance agent, helping many people throughout his long career.

Poncho was a huge sports fan, especially of his Dallas Cowboys. It was a safe bet that the television on Shelly Drive would always be tuned into a football game or that night’s episode of Wheel of Fortune, which Poncho never missed. He also enjoyed playing the slot machines at the casino and was known to have a lucky streak more often than not. He was a devoted father and grandfather, attending all of his children and grandchildren’s sporting and dance events. He and Patti were also very involved at St Anthony Cathedral Basilica, where Poncho was a lector and Eucharistic minister. He was an active supporter of his alma mater, helping to found the St Anthony Cathedral Basilica School Foundation.

Memorial contributions may be made to the St. Anthony Cathedral Basilica School Foundation, 850 Forsythe, Beaumont, Texas 77701. 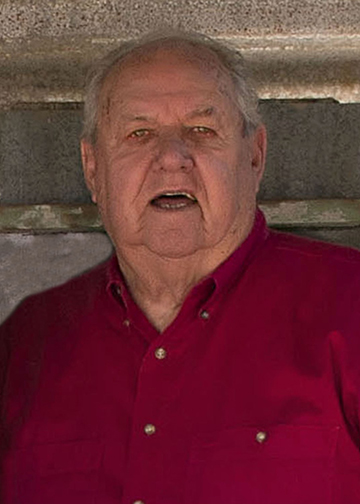 I never met my grandfather but wish I would have! My dad got to meet his biological dad before he died a wish come true! He searched for his dad all his life! Sorry for his families loss may he rest in peace!

My sympathy and prayers are with you in your loss of Poncho and Patti. Many years have passed since I moved from Beaumont, but I have such pleasant memories of Poncho and your brother, Don.

Pancho and my dad were both in the first class for lay lectors at St. Anthony Cathedral over 50 years ago and our family always admired his beautiful, deep voice as he skillfully read The Word on Sundays. A legend among that generation of lay ministers. He and Mrs. Russell were the sweetest couple, always warm and friendly. May they Rest In Peace after a life devoted service to us, their church.

We are sad to hear of the loss of Ms. Patti and Mr. Poncho Russell. They lived next door to my Dad for years and years, and I have so many fond memories of being their neighbors as a little girl. We are so sad to hear this sad news, as they were so kind and loving. Best–Dusty Nosek – Hromcik

Pancho and I grew up together on the Avenue”s and went to school together, played sports together and were friends for life. Patti & Poncho were two people that loved their Hebert Ancestry, Church, & Schools. May His Soul and ALL the souls of faithful departed, REST_IN_PEACE, Amen.

We are so sorry about your losses. We are so sorry we will not able to be at the funeral but know that we are there in spirit. We are thinking about you and love you all.

I remembered Mr. Russell when I attended Kelly. He and his wife were always there and involved. God rest his soul.