Lewis was born and raised in Norco, Louisiana. He attended three years of college at USL before enlisting in the army, where he served for three years. He was stationed in Mainz Gonsenheim, Germany while in the army. Following his discharge, he began his work career, first at Shell Oil, in Norco, then he moved to Beaumont, to begin a 34-year career with Goodyear Chemical at their new plant, where he retired from in 1996.

He married his childhood love, Mary Ida (Triche) Laurent in 1957 and they had four children – Scott, Dean, Celeste and Jan.

Lewis was known by many through a variety of activities he was involved with during his lifetime. He was always involved in church activities, both at St. Anthony’s Cathedral and then later at St. Jude Thaddeus Catholic church, where he was involved as a participant and also as an organizer for ACTS retreats. He was a regular money counter, for over 20 years. Supporting Some Other Place events with the Men of St. Jude, was one of his favorite activities.

He had numerous hobbies. In earlier years he built and flew radio-controlled airplanes. Tinkering and repairing everything from toys to cars was a favorite pastime. But his passion was woodworking. Lew loved spending time working in his shop where he built anything, anyone asked for. In his retirement, he built over 1000 wooden toys that were donated to the annual toy drive.

Consistent with his Louisiana roots, he was an avid fisherman and shrimper through much of his adult life. His annual shrimping trip to Louisiana with Uncle Milton, was a highlight of each year, where he almost always came back with enough shrimp and fish to last until his next trip.

He was also a sports enthusiast, faithfully cheering on the Dallas Cowboys and LSU Tigers from his couch on. Attending a Dallas Cowboys game, with buddies from Goodyear, became an annual tradition for many years. Later in life, he enjoyed supporting the Astros and Texas Rangers and even sometimes he would cheer on a golfer or Nascar driver!

Throughout each hobby or involvement, a common theme was ever present – Cooking! Lewis cooked for any and every group that he was associated with including numerous fish fries, spaghetti dinners, pancake breakfasts, barbecues, and turkey fries, but by far…his specialty and the thing he loved the most was to share his GUMBO! Over the years, he cooked thousands of gallons of gumbo. Seeing someone enjoy his gumbo, always brought a smile to his face, and coming back for a second one was icing on the cake.

But his greatest love was FAMILY. Nothing made him happier than being surrounded by the chaos that is our family. Family trips, Easter crawfish boils, Christmas eve dinners (with gumbo, of course) were Dad’s favorite times. Dad made each event one to remember, memories we’ll treasure the rest of our lives.

Lew’s devotion to family was never more evident than when tragedy struck, and he and our mother became full time caretakers and guardians for our brother Scott after an accident left him unable to care for himself. For the next 20 years Lew and Mary Ida devoted their entire life to taking care of Scott’s every need, ensuring that he had the best possible quality of life that they could provide. This included everything from preparing meals and feeding him to trips to Disney and Branson Missouri. We will be forever grateful for the love, devotion and sacrifices dad and mom made for Scott.

He is preceded in death by his parents; brothers, Ewell Laurent and Robley Laurent, Jr. as well as his son, Scott Patrick Laurent. 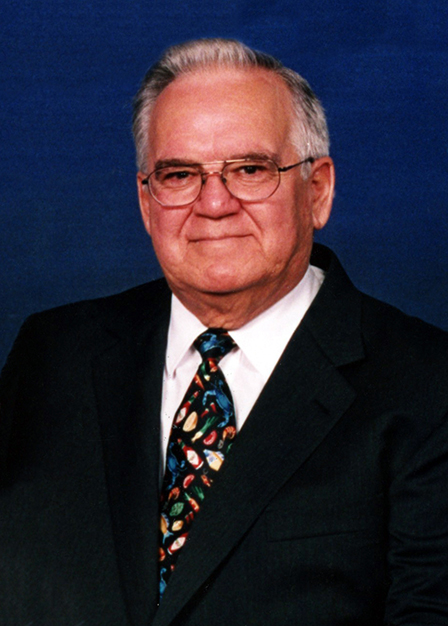 Mary Ida, we are so sorry to hear of Louisâ€™s passing. I know he will be missed. Our prayers are with you and your family!

So sorry for my Laurent family. Many many good times & wonderful memories throughout the years. Gonna always miss uncle Lou... My condolences to aunt Mary Ida, Dean, Celeste, Jan, & all their families.

Momie, I am so sorry to hear that Pops passed away. I know that Scott was there to meet him and they are now reunited. Prayers for you, Dean,Celeste and Jan.

Manuel and Donna Rizzotto and Family

We are so saddened to hear about the loss of your father. Please know that you are all in our thoughts and prayers. Manuel, Donna, Nicholas, Christopher, and Anthony Rizzotto.

So sorry to hear of Lew's passing. I worked with Lou years ago at Goodyear and always enjoyed his company. He was always happy with a great sense of humor. I still have his peanut brittle recipe, but still can't make it as good as he did. He was a really good guy. I will always remember him that way.

Weâ€™re so sorry for your loss Mary Ada & Family. Lew will be greatly missed by us and everyone who knew him. He was a special man and weâ€™re thankful to have know him. Peace & comfort to your family. Rich & Sandy

Such a wonderful man and faithful servant to God and his family. Many prayers and deepest sympathies for all of you!

Grandpa was such a sweet man Hannah always to me when we would go by Calder Woods her grandmas and grandpa lived there. And then she would tell me the sweet stories of the both of you And how special are are to her. I will keep your family in my prayers. Celeste,Tommy ,Grandmaw and Justin I love yall

Mr. Laurent was a gentle and kind man who will be greatly missed. Our thoughts and prayers are with his family.

So many sweet memories of this dear man. Daily Mass, morning coffee in the office, Monday evenings at RCIA...I could depend on seeing him there and getting a hug and having a laugh. What a true servant â€˜s heart he had. Always a twinkle in his eye, a big smile and a chuckle. His devotion to God, Mary Ida, and both his family and his St. Jude family was a shining example to all who encountered him. My life has been blessed by his friendship. Eternal rest, grant unto him, O Lord, and may perpetual light shine upon him. May his soul, and all the souls of the faithful departed, through the mercy of God, rest in peace. May songs of the angels lead him to the face of God. My sincere condolences and prayers to Mary Ida and his dear family and the many people who loved him and will miss him.

My condolences to the Laurent family. Lew was a good man and a friend to so many. He will be greatly missed. I knew him thru Goodyear, The Wingfoot Club, and St. Jude. Our prayers are with your family..

Mary Ida and family. So sorry for your loss of Lew. Have so many memories of Lew and I feel so Blessed to have known Lew and Mary Ida. Lew was a loving husband, father, grandfather and also a great friend. St. Jude was very Blessed to have him being a special part of the parish family. May God wrap his loving arms around the family and my deepest prayers to all of you. Heaven has gained a wonderful Angel. Kathryn Malley Hinojosa

We had the pleasure and privilege of being neighbors to Lew, Mary Ida and Scott and quickly learned they were a special family. Lew will be greatly missed by all who had the great pleasure to know him.

I first met Lew at my Acts Retreat where Lew was the director. We became good friends any enjoyed many activities at St. Jude parish. Lew was a character that you loved being around. I heard many of his stories from his childhood to his time in the service while in Germany, his many fishing trips with his friend Milton. We counted money for the church, went on trips to the Casino and cruises with Mobil Credit union. and had many dinners together with our church group after Saturday night mass. He was very generous with his time, talent, and treasury, a true model that We all should strive to attain. I will miss you Lew and hope to see you up in heaven. God Bless you Lew your friend Clay

Mary Ida and Family, we are sorry to hear of Lew's passing. Please know you are in our thoughts and prayers. God will give you peace. David and Denise Farson

What an honor to have known such a special, God loving man. It was always a treat to be with him! Jack and I loved you, Mary Ida and the family. He will be truly missed! Love, Diane