Linda Lucile Johnson Mankin, 81, passed away on January 31, 2022, after a long courageous battle with Alzheimers.  She was born January 9, 1941, to Judge Myrlin and Lucile Johnson in Harlingen, Texas. She was the oldest of three children.

She spent her childhood in the Rio Grande Valley and then attended Baylor University where she sang in the BRH choir. Her love of singing and music stayed with her until the end. Raising her family in San Angelo, Linda organized projects including: Woodland Circle scavenger hunts, fund drives for playground equipment at Bowie Elementary, and the formation of Junior Dance Clubs. She enjoyed life in the Concho Valley with her numerous friends and coworkers.  She took great satisfaction in her career as a special education teacher. In addition to her teaching and volunteering, she enjoyed traveling, eating mexican food, and collecting antique furniture. In retirement Linda and Robert moved to Beaumont, Texas, to be near their children and grandchildren.

Linda is survived by her devoted husband of 57 years, Robert Mankin; her children, Melanie Hall and her husband Scott, of Beaumont, Texas; Kirk Mankin and his wife Tammi, of Beaumont, Texas; and to her delight seven grandchildren, Caroline Hall, Abby Hall, Meagan Mankin, Jack Hall, Mallory Mankin, Sam Hall, and Will Mankin all of whom affectionately referred to her as “Nina”;  and her sister Carol McBride and husband Rob of Tacoma, Washington. She is preceded in death by her brother, Boyd Johnson.

The family thanks the caregivers at Pelican Bay Memory Care for their kindness and loving care during her illness. Linda’s giving nature is seen even in death with her participation in the UT Health San Antonio’s Glenn Biggs Institute for Alzheimers & Neurodegenerative Diseases Brain Donation program.

Her cremation arrangements will be handled through Broussard’s Crematorium under the direction of Broussard’s, 1605 North Major Drive, Beaumont. 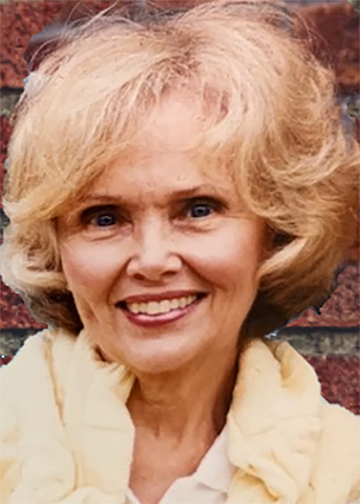 Mr. Mankin, Melanie and family, I’m sorry to hear of Ms. Linda’s passing. She was a beautiful person. I loved to see her face light up with music. I know your hearts are aching but know she is healed and with our Lord and Savior.

I know I speak for all Linda’s HHS Class of ’59 classmates when I say how saddened we are to hear of her death. She was a wonderful classmate, a friend to all, and a key contributor to almost every good activity that our class was involved in. She was also the first girl I ever had a date with and was very kind to a bashful, overweight boy who still doesn’t know how he developed the courage to ask her out. My condolences to all the family and friends who morn the loss of a beautiful soul.

I had the good fortune to begin teacher with Linda as my mentor. I learned so many wonderful things from her, but the one I remember best is her expressed desire to stay a little later at work to do things for younger teachers with families at home. She said I was to do the same when I was the older teacher. I did so and honored her with passing on the tradition to several younger teachers. She was so kind and caring. I will always be grateful for her influence on my life, both professional and personal.
Much love to the family,

We the Staff @ PBMC Unit will miss you Linda. Fly on our Angel we Love You🤍🤍

What a beautiful photo.! I can see the love and kindness in her sparkling eyes and smile and have experienced them through her extraordinary children. She has left quite a legacy through her family and I am sure through all the children and parents who were fortunate to have her in their lives. Rest in comfort and peace, precious lady. in Melanie and Kirk and their families the world will always have your special touch.

To Aunt Linda’s name & memory I have tremendous respect. I have spent much time working with special education and know that Aunt Linda devoted great time and energies with these young minds and characters. I also know that she was a good family member and friend too many.

I was saddened to hear of Aunt Linda’s passing. I will always have fond memories of her and her kindness and her devotion to the family. It is my hope she has been reunited with my dad and their parents.