Lloyd lived in Folsom, Louisiana with his family, where he had many cousins and friends that he ran around with growing up. He played basketball for Covington High School and Pearl River Junior College where he and his team won many games and championship games. Lloyd moved to Texas in 1967 and began work in a shipyard and later began working as a pipefitter out of the Local 195 for fifty years and retired in 2002. He and his wife Myrna built a home in Port Arthur in 2003 on twenty-five acres on Jade Ave. Lloyd was very proud of his home, and it became the gathering place for his family.

Lloyd raised and bred AQHA Quarter Horses. He often showed his horses in halter classes and won many awards including a World Championship with his Palomino filly, Daisy. He spent many days carrying his grandkids on golf cart rides to the barn to feed the horses and clean stalls. After the stall cleaning there were always trips to Walgreens to get “prizes”, also known as TOYS. Christmas was his favorite holiday as he loved having his family at the house so all of the kids could help decorate the tree. He loved Christmas shopping for the babies.

He was an AVID sports fan. He attended many basketball games; football games; softball games; cheer competitions; livestock shows; and rodeos all to support his grandkids. You never walked in the house where some type of sport wasn’t playing on the TV, unless Myrna had the remote and then it was Law & Order. He especially loved LSU and the New Orleans Saints! He often called his daughter, Shanna, to talk about the football games, and for his grandson, Justin, pawpaw wanted to tell you “WHO DAT!”

Lloyd also enjoyed going to his kids homes to visit because there was usually good food cooked and most of the time a pan of brownies for dessert, but he mostly enjoyed just being with his family.

The family wishes to thank everyone who has reached out with thoughts, prayers, and messages of love and care. It is a true testament to the wonderful friends and family that we have and the love you have for Lloyd.

A gathering of Mr. Morgan’s family and friends will begin at 9:00 a.m., with his funeral service to follow at 10:00 a.m., Saturday, December 19, 2020, at Broussard’s, 505 North 12th Street, Nederland. His interment will follow at Oak Bluff Memorial Park, Port Neches. 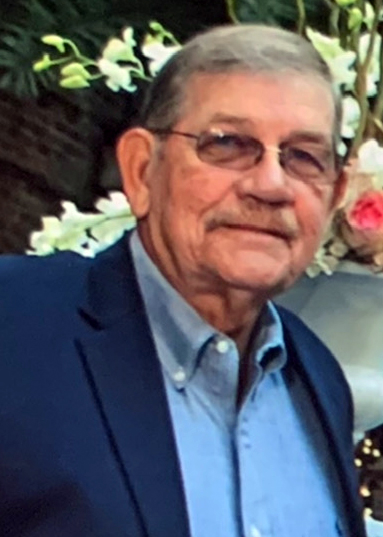 Myrna. I am so sorry for your loss. You and your family are in my heart/thoughts/prayers.

My thoughts and prayers are with you all. He was a very kind person, I met him once at the gator farm, and his sweet wife Myrna. He and talked horses, not a day goes by that I don't drive by and look at beautiful horse and wish I could come spend time with her. God bless you all, I know he will be truly missed.