Lou Ella Gaspard Chappell, 87, of Beaumont, died Thursday, August 5, 2021. She was born on May 13, 1934, in Abbeville, Louisiana, to Nita Marie Toups Gaspard and Wilton Joseph Gaspard. Lou was a longtime member of St. Anne’s Catholic Church and was on the Bereavement Committee, served at the local soup kitchen – Some Other Place, was actively involved in the Ladies Bible Study class, participated in Adoration Chapel and was a member of the 49ers group among other activities.

She worked very hard all her life from telephone solicitor, to administrative assistant, to manager, to co-owner (with her brother Harold) and manager of the New Orleans bakery, Your Daily Bread.

Lou was an avid reader and treasured God’s Word and the teachings therein. She absolutely loved spending time with her family; for decades she prepared weekly family meals which facilitated all gathering around her table to enjoy much conversation laughter, fellowship and her excellent cooking! Her table was always welcoming; in fact, she served guests from over 11 different countries through the years and many called her “Mawmaw,” as did most of her grandchildren. She was adventurous, traveling at least twice a year to visit her son and his family in the Texas Panhandle, and while there she oftentimes would help work the cows, drive machinery and mend fences at his Angus ranch. She may have been petite but she was stout of heart; through her life, she stood up for the things she believed in and taught her family to do the same. She also gave of herself to protect and defend the innocent or weak. She was a prayer warrior and her petitions will be greatly missed by those she loved. She delighted in the symphony and all forms of live entertainment. It thrilled her to travel, to play games and to build ginger bread houses with her grand and great grandchildren. She had a zeal for good rocking chairs — there are countless worn-out rockers in the world because of her. Lou will be remembered for her famous Cajun cooking, her servant’s heart, and her love for God, Family and Life.

She is preceded in death by her first husband of nineteen years, J.W. Goode; her second husband of seventeen years, Wilfred Chappell; parents; brother, Newton Gaspard; and sister, Lois Sellers.

A memorial service for Mrs. Chappell will be 4:00 p.m., Saturday, August 14, 2021, at Lamar Baptist Church, 1003 Oregon Avenue, Beaumont. A family committal was held at Broussard’s Crematorium, Beaumont, under the direction of Broussard’s, 1605 North Major Drive, Beaumont. 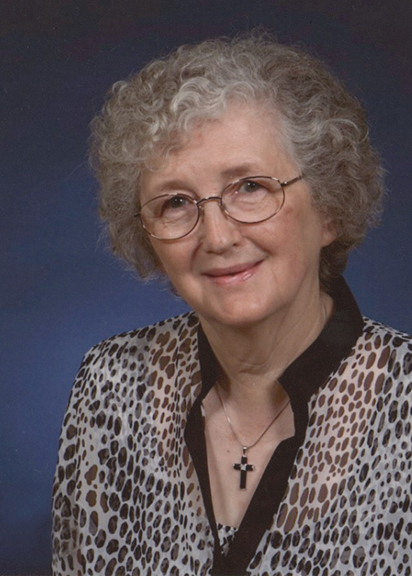 Durr Family, My prayers and thoughts are with all of you . LMJ

To Lou's family: I am so very sorry for your loss! I will always remember her gentle, kind manner. We were involved with the Adoration Chapel at St Anne., always willing to trade hours when needed. May her soul & all the souls of the faithful departed, rest in peace. Amen

Such a beautiful woman whose love for the Lord shined through and blessed everyone fortunate enough to know her. She leaves a wonderful legacy for us all to try to emulate. Our prayers are with you while we try to contemplate the joy she is experiencing in Heaven.