Louis A. Torres was born on August 11, 1935 in Beaumont, Texas to Alice and Fulhencio (Bill) Torres.

He was preceded in death by his parents and his brother, William H Torres and sister Norma Linda Davis.

Louis fought a valiant and courageous battle against Thyroid cancer. He survived and lived years longer than predicted, and always had a positive attitude.

In his life, Louis was a hard worker and businessman. He started working in his business as a youngster and when in school participated in the DE program which was half a day school and half day working. He attended Lamar Tech and even though working part time daily he was voted Class Favorite his freshman year. Louis purchased the business from his father, and it thrived with his innovative ideas and friendly demeanor. He has since passed the business over to his son, Damian Torres. Damian has been an excellent business manager and helped his father in so many supportive ways. Louis was very proud of his employees and can’t say enough about their loyalty and dependable work ethics. Louis never met a stranger and was always ready to visit and even reminisce about good old times. His past customers and old friends knew they could stop and visit with Louis and he was always happy to see them. Only his love of dancing surpassed his friendliness. Bring on Latin music or a big band and Louis was on the dance floor. Louis also enjoyed traveling abroad with his wife. When he returned from some of those vacations he could not stop talking about the excursions and he was most proud of his trip to Wimbledon and countless times to the U S Open. He was an avid golfer until he discovered tennis and the joy of playing with his wife and his immense strength enabled him to hit the ball with great power.

Louis also has numerous nieces and nephews of which he was fond of. We know that Louis was very proud of his family.

Our thanks to all the doctors that looked after Louis. Namely Dr. S. Kadali, Dr. Patibandla, Dr Andy Chen, Dr M Patel and Dr. J Holland. We would like to immensely thank Harbor Hospice, Dr Lavalais and especially Laurie our special nurse and Alejandra that cared for him in such a tender and compassionate way. A heartfelt thank you to all the friends that were always sending cheerful cards and calling Louis and expressing their heartfelt good wishes and endless prayers.

Because of the circumstances and worldwide health issues there will be a private family only entombment at Forest Lawn, under the direction of Broussard’s Mortuary, 2000 McFaddin Avenue, Beaumont. 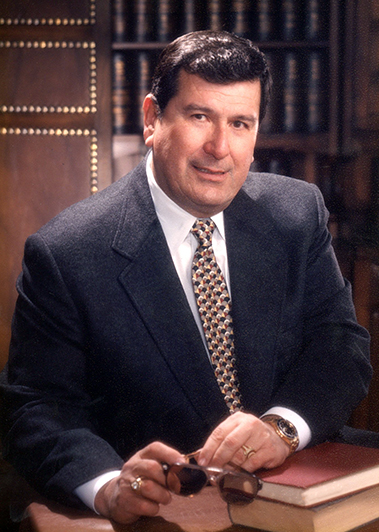 I had the honor to be louis torres barber stylist for 31 years,such a gentleman and happy man. Will miss him.my love to his family.gary and darlene hall

We fondly remember stories of Mr Torres & all the Tennis players over the years our Dad Al Prosser used to tell . He always made it to the Tennis Luncheons to be with his male buddies..Mr. Torres being one of them. Dorothy Prosser sends her condolences & prayers to the family as so do her children. .......Julie Prosser Cochran

mary, I am so sorry for your loss and will keep you and the family in my prayers. I always enjoyed seeing you and Louis when our paths crossed while shopping, etc. Louis always had a nice smile for everyone. aline Campbell Holland

Bless him , he was a wonderful kind person. Will miss seeing him. . John add Linda Gail Blackwell

Damian & Kimberly You are especially in our thoughts and prayers at this time. Our deepest condolences on the passing of your father. God bless, Allison & Jim

Mr. Torres was so sweet and always came by our office(State Farm) in the earlier days. May he RIP. Prayers for peace for his family.

Bud, please accept my sympathies on the loss of your father.

My deepest sympathy to a good man and person, I know you fought hard, and it was a tough battle, but your heart was in the right place, and you were a good man. I missed the gym for two years and miss seeing you there, but you will always be in my thoughts, your were family, and your were around when I needed you. You will be missed dearly.. To your wife and your family and grandchildren, you have my deepest condolence and God Bless.

Louis, sorry to hear about the loss of your father. God Bless you and your family.

Mr. Torres always spoke kindly and had a way of making your day brighter, he will extremely be missed by many, my prayer his family as they all have his kind trait. Mark Jefferson