Lucille Allen Smith, 92, of Fannett, passed away Wednesday, September 29, 2021, at The Medical Center of Southeast Texas, Port Arthur, after a brief illness. She was born January 1, 1929, in Merryville, Louisiana, to Bertie Elvie Lanier Willett and James Thomas Willett. She was the oldest daughter of seven siblings.

Lucille was affectionately known as Mom, Nenaw, Aunt Lucy, and Lou. She married William Ronald Allen, Sr. on August 2, 1947. Like many others, Ronald began working at the Texaco Refinery Co. They made their home together in Port Arthur where they raised their children.

In her earlier years, Lucille was a stay-at-home mom until she began providing childcare to other young children. She later began a career in clothing retail sales and management having been employed with Evan Sturges; R. Harland’s; K-Mart; and Dryden’s Department Store. Lucille also worked with Margie Dismukes at Joey’s Candies and Gift Shop. Eventually, she and her niece, Brenda Hardy, opened an antique and gift shop called KayLou Collectibles. Lucille and Ronald would travel to craft shows under the name “Luv n Lou”. Her interests took a turn when Ronald developed brain cancer. She devoted her time caring for him until his passing on September 8, 1990.

Lucille married Lonnie Owen Smith on September 25, 1993, and they made their home together in both Fannett and Nederland. They were devoted members of Hillcrest Baptist Church. On February 4, 2002, Lonnie also passed away.

Lucille loved the Lord and studying His word. She believed in J.O.Y. which was an acronym for Jesus first, Others next, and You last. Lucille wanted to love the Lord first and foremost, serve others well, and then care for herself last even if it meant going without so that others could be blessed. One of the greatest ways she put others before herself was demonstrated in how well she loved her family.

The family would like to extend their sincerest gratitude to Paula Tallant and the staff of Community Retirement Home, Port Arthur and the Amedisys Hospice Care staff for their compassionate care of Lucille. 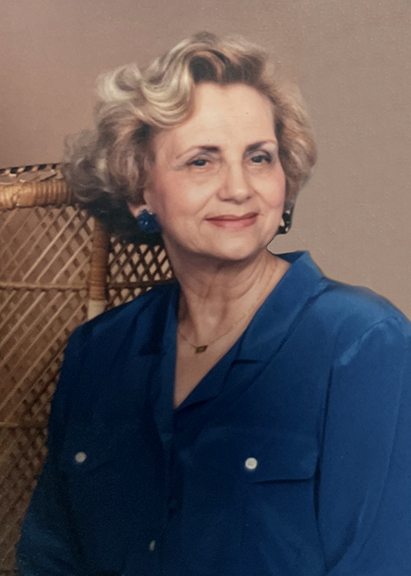 just found out today that an ex-co- worker and a dear friend whom I love dearly, her mother had passed away and was buried today…I’m so sorry for rhonda and the family…I have all of you in my prayers… Linda and Wayne Domingue…

Jenny i knew this was your mom the instant i saw her picture. Sorry for your grief..

What a gentle, sweet friend she always was to me. Generous and kind, she always had a smile, I enjoyed spending time with her at family functions. The picture with her obituary is so perfect and the exact way I will always remember her with great affection. I pray she is resting in eternal peace and that her family finds great comfort in the promises of faith.