Lula Pelias Cokinos at age 99 bid farewell to this world on the15th of September 2021, in Houston, Texas.  Lula, the youngest of 6 children, was born the 3rd of July 1922, in New Orleans to Michael and Natalia Papayianopoulou Pelias, immigrants from Tripoli, Greece.

Lula grew up in the heart of New Orleans with her parents and siblings: Harry, George, Nena, Gus and Jimmy. She was graduated from Sophie B. Wright, excelling in art classes and as a teenager became a member of the New Orleans Lawn and Tennis Club, starting a lifelong pursuit and love of the sport.  During World War II, while her brothers assisted with the war effort, Lula worked for her father’s business, The Jackson Wholesale Grocery, located in the French Quarter.  The Great Depression, World War II, the cosmopolitan culture of New Orleans, Lula’s Greek heritage and Greek Orthodoxy all shaped her into a frank, politically aware woman with a global outlook and accepting of all cultures.

In 1946, Lula met her future husband, Beaumont, Texas oilman Geneos “Genel” Pete Cokinos. “Her blue eyes got me,” Genel later said; they fell in love and married six months later.  Making their home in Beaumont, Lula and Genel raised five children.  A devoted wife and mother, Lula was active with the March of Dimes, PTA, Tanglewood Garden Club, the McFaddin Ward House and the Beaumont Symphony.  Lula continued to play tennis competitively into her 80’s as a member of the Beaumont Country Club.  She actively broadened her horizons, enrolling in sculpture classes, taking courses at Lamar and Rice Universities and traveling abroad.

Late in life, Lula moved to Houston where she surrounded herself with friends new and old; she was an avid bridge player and took part in many activities. Lula fostered a love of tennis in her grandchildren, who also valued her advice and perspective.  Lula’s conversations were never trivial, and her depth of experience enriched all of her grandchildren’s lives.  A beloved wife, mother, grandmother (“Yia Yia”), great-grandmother, sister-in-law, aunt, cousin and friend, Lula is broadly remembered for her distinct elegance and peaceful nature.  It is an understatement to say that she will be greatly missed.

Lula is also survived by many beloved nieces, nephews, friends, godchildren and sister in laws.

Recitation of the Trisagion Prayers will commence at three o’clock in the afternoon on Monday, the 20th of September, in the Jasek Chapel of Geo. H. Lewis & Sons, 1010 Bering Drive in Houston, with Fr. Michael Lambakis of Annunciation Greek Orthodox Cathedral officiating.

Immediately following all are invited to greet the family during a reception in the adjacent grand foyer.

The funeral service is to be conducted at eleven o’clock in the morning on Tuesday, the 21st of September, at St. Michael Antiochian Orthodox Christian Church, 690 North 15th Street in Beaumont, Texas, with Fr. Michael Pavez officiating.

Interment will immediately follow, via an escorted cortege movement at the Magnolia Cemetery in Beaumont, Texas.

Please visit Mrs. Cokinos online memorial tribute at www.GeoHLewis.com where memories and words of comfort and condolence may be shared electronically with her family. 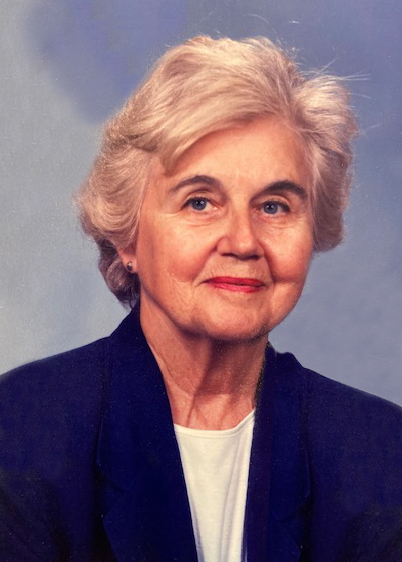 Everyone in Beaumont adored Lula and our loss was Houston’s gain. She had such a full and long life. Heaven is getting a true treasure and all the angels are welcoming her with open arms!

Peter, So very sorry to hear about your Mother. May She Rest in Peace

Nina and all your family my heart was saddened on hearing about the passing of your mother. She waa an inspiration to me and all who knew her. May she rest in peace .

Thank you, Minnie. I will never forget your sharing your loving spirit to mama after Sugar passed in 1994. Love to you and your family, Nena

Nena and all of the Cokinos family Bobby and I send our sincere condolences . I would see your mother occasionally out and about when she stilled lived in Beaumont. She was so wonderful to talk to. Always so upbeat and interested in whatever I was doing. She was a beautiful person in side and out. Sending prayers to you and your family.

Thank you, Mary , for your kind words . We were grateful for every day we had with her and she had a great time in Houston. Love to you and your family , Nena

This news saddens us both. We adored Lula. We send our prayers and good wishes to her family and her many friends.